A History of Words: Pascha and Easter 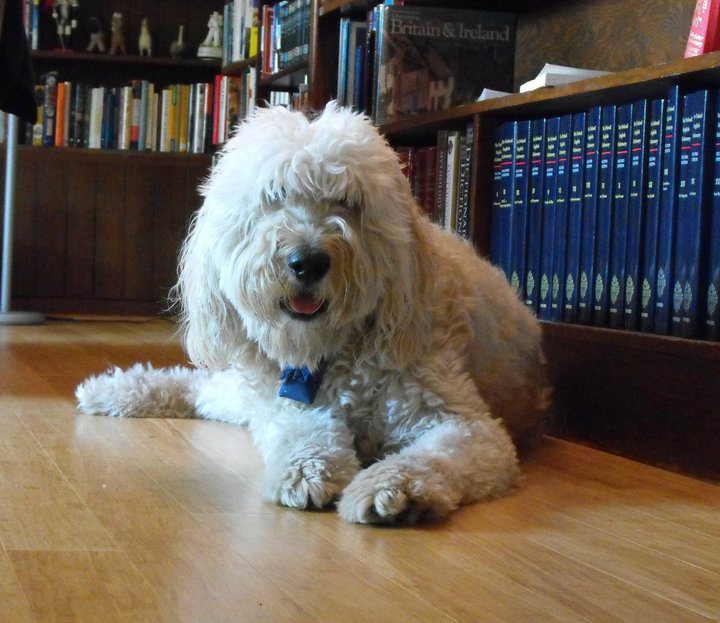 For all Christians, Orthodox, Catholic, and Protestant, the heart of our faith is the Resurrection of Christ. At first, the celebration of the Resurrection was called Pesach, the Hebrew word for Passover, because the Passover feast was being celebrated when Jesus was raised from the dead, and because in his Resurrection Christ fulfilled the promise of the Passover sacrifice. Pesach was adapted into Greek as Pascha. (They wrote it Πάσχα, of course, but they said paska.)

As the Christian faith spread throughout the world, the Greek word was adapted into other languages. So, if you speak Spanish, you call the Feast of the Resurrection Pascua; if you speak Italian, Pasqua; if Danish, Påske.

But in English-speaking countries, it’s called Easter. How did that happen?

I have so many friends who read several books at the same time. They have a book by the bed, a book in their desk, and a book in the car. I can’t manage that. I read one book at a time.

With one exception. Back before covid, when I was taking the train to work every day, I’d often read a book of poetry on the train while I’ve got another book going at home. At one point, I was working my way through The New Oxford Book of Sixteenth Century Verse.

And there, in a selection from Albion’s England, a long narrative by William Warner, I saw it:

At Yule we wonten gambol, dance, to carol and to sing,
To have good spiced stew, and roast, and plum-pie for a king.
At Fast’s-eve pan-puffs; Gang-tide gaits did aley masses bring.
At Paske begun our morris, and ere Pentecost our May.

At Paske begun our morris. Paske! There it is, in a mid-sixteenth century poem, in a passage describing the festivities that surrounded the sacred holidays.

Exploring Pascha in the OED

That encounter sent me straight to the Oxford English Dictionary, the supreme reference to the history of words in English, and the joy of word nerds everywhere.

If you go back to the Anglo Saxon Chronicle, written in the early 1100s, you can read in the entry for one year that King Henry went to Winchester for Easter and in another year that he went to Northampton for Pascha. The two terms are used interchangeably, even in the same work.

In the 19th century, Washington Irving also used the two words interchangeably. In his History of New York (written under the pseudonym Dietrich Knickerbocker), he mentioned the “great cracking of eggs at Paas or Easter.”

Of course, it’s no surprise to anyone to see the great Feast called Easter. But it’s a bit of a surprise to read, in the fourteenth century history of Richard the Lionheart, that Richard’s “brother Ihon, Wolde do Corowne hym anon, At the Pask.” Or to read in Brunne’s Story of England that Uther held Pasches at London.

And speaking of Uther, somewhere around 1450, in Merlin or the early history of king Arthur, you read, “Syr, we pray yow that the swerde be suffred yet in the ston to Passh.”

So where did the word Easter come from?

It’s easy to tell you where the word Easter didn’t come from. It didn’t come from pagan goddesses. Not the Mesopotamian goddess Ishtar. And not the Germanic goddess Oestre, which, in spite of a mention of her in one line in the eighth-century history written by the Venerable Bede, likely never existed.

That isn’t a uniquely English thing. There are a few other places – Serbia, China, Korea — where the word for the Feast of the Resurrection is the local word for resurrection and not a variation on Pascha. But it appears that England was unique in using the two different words, Easter and Pascha, for the feast. Both words were used for the Christian Feast of the Resurrection, and both words were used for the Jewish Feast of Unleavened Bread.

What happened to Pascha?

All of this leads to a question: If English-speaking people used to use two words for the Feast of the Resurrection, what happened?

In one word: Tyndale.

When John Wycliffe translated the Bible into English in 1382, he did the same thing, for the same reason. He used the word Pask to mean both Passover and Easter. He could have used Easter for both, and everyone would have understood him just as well. It’s likely that he felt Pask was a “truer” or more accurate way to render the word.

Tyndale’s translation and the KJV

William Tyndale disagreed. When he translated the Bible in the early 1500s, he didn’t like using the same word for a Christian feast and a Jewish feast. So, like any good English-speaking scholar, when he couldn’t find a word he wanted, he made one up. Henceforth, in English, the Jewish Feast of Unleavened Bread would be called, not Easter or Pask, but Passover.

That left Tyndale with two words to choose from for the Christian feast. He chose Easter.

When the King James Version was created in the seventeenth century, the translators followed Tyndale. They translated the Greek word Pascha as Passover when it was referring to the Jewish feast. In the book of Acts, they translated it as Easter.

Of course, the word Pask didn’t die out immediately, just because Tyndale and later translators decided to use Easter. For hundreds of years, people in England continued to use both words. As late as April 1859, an article in the Times-Picayune newspaper of New Orleans, Louisiana, noted that, in parts of England, Easter was still called Peace. Even today, Easter eggs in parts of England are called pace eggs. The word Pascha is still there, even though it has faded greatly with time.

A place for Pascha

So when Orthodox Christians in English-speaking countries call the Feast of the Resurrection by its old name, Pascha, they aren’t importing an exotic word into English. Instead, they are returning the word to its proper place, alongside Easter. English has room for both words. It always has. It always will.

Pascha baskets and Pascha basket covers: If you’ve wondered why we bring baskets of food to Church on Pascha, or the history behind the elaborately embroidered covers, or what traditionally goes in a Pascha basket, you can find it all here.