Abba Ammon and the Woman in a Barrel 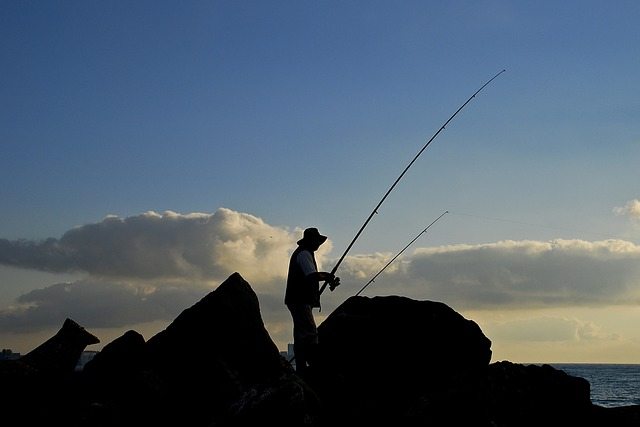 The Example of a Fisherman

If we have true love with sympathy and patient labor, we shall not go about scrutinizing our neighbor’s shortcomings. As it is said, ‘Love covers up a multitude of sins’, and again, ‘Love thinks no evil, hides everything’, etc. As I said, if we have true love, that very love should screen anything of this kind, as did the saints when they saw the shortcomings of men. Were they blind? Not at all! But they simply would not let their eyes dwell on sins. Who hated sin more than the saints? But they did not hate the sinners at the same time, nor condemn them, nor turn away from them, but they suffered with them, admonished them, comforted them, gave them remedies as sickly members, and did all they could to heal them.

Take a fisherman: when he casts his hook into the sea and a large fish takes the bait, he perceives first that the fish struggles violently and is full of fight, so he does not try to pull it in immediately by main force for the line would break and the catch would be lost in the end. No! He plays out the line and, as he says, allows the fish to run freely, but when he feels the line slacken and the first struggles have calmed down, he takes up the slack line and begins, little by little, to draw him in.

So the holy fathers, by patience and love, draw the brother and do not spurn him nor show themselves unfriendly towards him, but as a mother who has an unruly son does not hate him or turn away from him but rules him with sweetness and sometimes does things to please him, so they always protect him and keep him in order and they gain a hold on him so that with time they correct the erring brother and do not allow him to harm anyone else, and in doing so they greatly advance towards the love of Christ.

Ammon and the Woman in a Barrel

What did the blessed Ammon do when those brothers, greatly disturbed, came to him and said, ‘Come and see, Father. There is a young woman in brother X’s cell!’ What tenderness he showed to the erring brother. What great love was in that great soul!

Knowing that the brother had hidden the woman in a large barrel, he went in, sat down on it, and told the others to search the whole place. And when they found nothing, he said to them, ‘May God forgive you!’ And so dismissing them in disgrace, he called out to them that they should not readily believe anything against their neighbor. By his consideration for his brother he not only protected him after God but corrected him when the right moment came. For when they were alone he laid on him the hand with which he had thrown the others out, and said, ‘Have a care for yourself, brother.’ Immediately the other’s conscience pricked him and he was stricken with remorse, so swiftly did the mercy and sympathy of the old man work upon his soul.

Members One of Another

Let us, therefore, strive to gain this love for ourselves, let us acquire this tenderness towards our neighbor so that we may guard ourselves from wickedly speaking evil of our neighbor, and from judging and despising him. Let us help one another, as we are members one of another.

Which of us, having a wound on his hand or foot, or any other member, would despise it and cut it off, even if it turned septic? Would he not rather bathe it and take away the poison and put a plaster on it, sign it with the cross, apply a relic, and pray and beg the saints to pray for its cure, as Abbot Zosimos used to say — to put it simply, not to turn aside or run away from our own members even those of bad reputation but to do all we can to cure their disease. In this way we ought to bear one another’s burdens, to help one another and be helped by others who are stronger than ourselves, to think of everything and do everything that can help ourselves and others, for we are members of one another, as the apostle says.

These stories are from St. Dorotheos’s discourse, “On Refusal to Judge Our Neighbor.” If you want to read more by St. Dorotheos, you’ll find it in Dorotheos of Gaza: Discourses and Sayings. While you wait for your copy, you can read the rest of the discourse:

The Uncondemning Monk: We know so little about this saint. Only that, in his life, he was the worst of all monks. But he never in all his life judged anyone.

In this family, we don’t judge: When judging others seems to be an insurmountable temptation, we have examples from the lives of the saints to help.