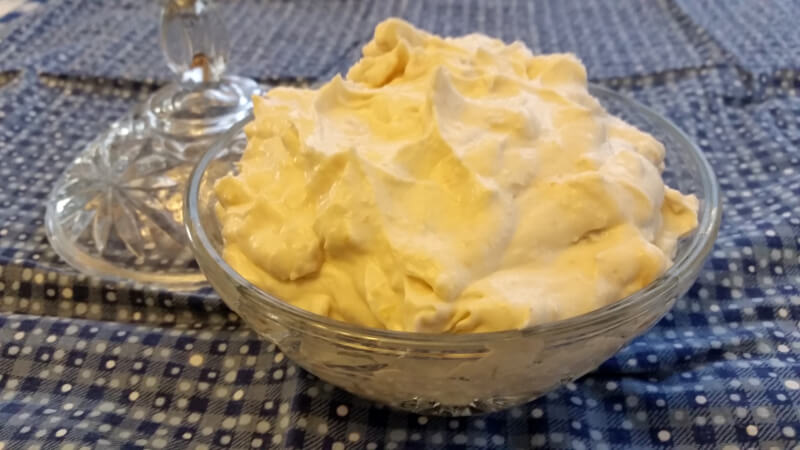 Paska cheese is a traditional Russian dessert that is made with lots of farmer’s cheese, butter, and eggs. It’s eaten with a sweet, rich bread that is (usually) called kulich. Kulich is sometimes called paska, and paska sometimes has other names, too. But whatever you call them, they are a sweet and delicious and wonderful.

But what about the paska cheese? How do you make cheese without dairy?

I know that’s sort of a weird question. But last year, when I was asking it, a friend suggested adapting the recipe for paska spread from the Bob’s Red Mill website. It was a brilliant idea! The result is softer than “real” paska. But it’s sweet and creamy and delicious.

I made a batch while I was visiting my new grandbaby in Memphis. And since we’re still celebrating Pascha, I think I’m going to make another batch now!

* Tofutti makes two kinds of nondairy cream cheese. Get the one with no trans fat. It comes in a yellow container.
** I think it’s just a bit better with the cashew cream. And cashew cream is probably better for you. But it’s faster and easier to use “Better than sour cream.” So do what you need to do.
*** The color from the cherries will bleed into the paska, so if you don’t want that, use apricots.

Beat together the cream cheese and coconut oil until light and fluffy.
Add cashew cream and honey, and beat until smooth,
Stir in remaining ingredients.
Refrigerate overnight.
Enjoy!

Paska and kulich recipes: My friend Natalie’s traditional recipe for kulich and her easy recipe for paska spread.

Cookies and desserts for special diets and special occasions: Special days call for special treats. Here are some of my favorites, including recipes that work if you’re on a gluten-free, dairy-free, or anti-inflammatory diet.