Four Tips for Talking with Children about Despondency 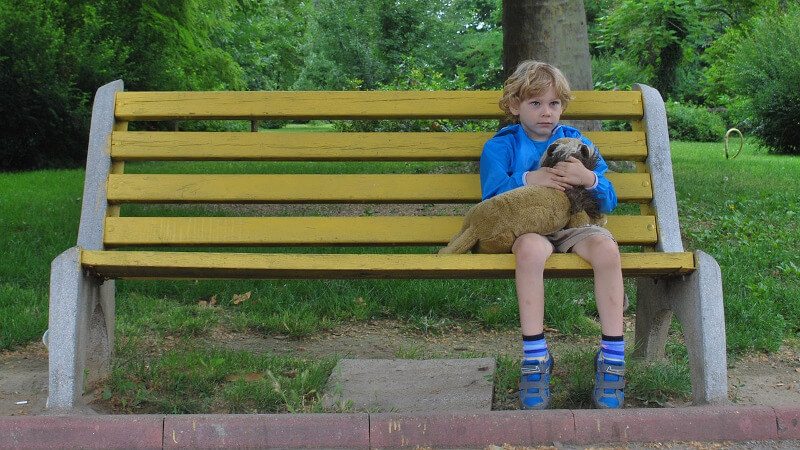 In this follow-up guest post, I’d like to discuss four strategies we can use to better equip children to face their own battles with despondency in meaningful and ultimately hopeful ways. These strategies aren’t from a psychology textbook, nor am I any kind of expert on children. I’m merely building on my recollections of what helped me as a child and what didn’t.

My book, Time and Despondency, opens with a conversation I once had about time and death with Mrs. D, the school guidance counselor at my elementary school. Several readers have asked if Mrs. D was a real person. The short answer is yes, she was, and the story I shared was generally true (to the best of my memory). Although I was fortunate that she (and others) invited and allowed me to express my childhood questions and fears, there were also folks in my life who didn’t (or didn’t know how to).

Below are four ways the Mrs. Ds of my life empowered me with the strength and hope to face questions that in hindsight lie at the heart of despondency.

1. Gave me avenues of expression besides just words

Instead of forcing me to talk about things, Mrs. D often just invited me to her office to “color.” I’m pretty sure this must be child therapy 101, but back then, it really did just feel like we were coloring. Drawing pictures gave me a point of entry into my thoughts and feelings that words alone couldn’t. In the experience I describe in my book, Mrs. D and I finally did get down to talking, but there was coloring first. I can even remember the picture I drew that day, though I don’t describe it in the book. And it was in drawing that picture I eventually found words to confide in Mrs. D my fears about death and the brevity of life.

I wonder, too, if there is a kind of incarnational comfort in expressing my thoughts via pictures. This is admittedly a thought I’ve had in hindsight, particularly since becoming Orthodox, knowing the profound role that images have in shaping our minds and hearts. Words alone can be hard to hold on to–not just conceptually, but emotionally. As a child, to hear myself say I was afraid of how old my dad was getting, and how afraid I was of death in general, would perhaps have been too scary. Somehow, drawing something that represented these fears made them smaller in a way. It relegated it to a piece of construction paper, made it finite, visible, touchable.

2. Seemed genuinely curious about what I thought

The Mrs. Ds in my life seemed consistently interested in what I had to say. As I child, I was plagued with shyness. (I still am, actually, I’ve just learned better coping skills and can mask it pretty well.) Then as now, my shyness comes from a fearful sense of unworthiness, which often made me keep my thoughts and my very self to myself. People like Mrs. D opened me up; as soon as I said something, they would ask to know more, or they would share my enthusiasm about something, or sit down and try to understand whatever it was I was doing.

I also never felt rushed for time with the Mrs. Ds in my life. I recall that just about every grade of elementary school prompted some cycle of visits to Mrs. D to talk about my current existential crisis. And while I’m sure our visits had set parameters, I recall them as almost timeless–like she had all the time in the world. How important that must have seemed to my childhood self, who struggled so much with the sense of time moving too quickly unto death.

Most of all, I don’t remember the Mrs. Ds of my life giving me pat answers to my fears and questions. They did not say things like:

“We have hope or believe ___ because the Bible says so.”
“Don’t worry, your parents aren’t that old. They probably won’t die for a long, long time.”
“You’re too young to be worried about these things!”
“Don’t worry, after we die, we go to heaven, and we won’t be sick or sad anymore.”

These are some of the responses I recall hearing (from well-meaning folks) when I had difficult questions as a child. Such responses are double whammies–not only do they totally dismiss my questions with non-answers, they have a double edge of tacit judgment. They made me feel like there was something unalterably wrong with me for being concerned about death (which might just be the most human concern in the world). The effect was that not only did I still have the same fearful question(s) haunting me, I also felt totally alone in the asking. This can lead not only to a sense of abandonment and isolation, but also to a deep sense of shame, which I think is often the product of disconnection from others.

I’ll share an example of this that really affected me when I was quite young. To avoid hurting anyone’s feelings, I’ll change some of the details. Basically, I was in Sunday school and we were folding our hands to pray. It suddenly occurred to me that I didn’t actually know whether God existed–whether anyone actually heard our prayers. After Sunday school, I mentioned this to my teacher and asked how we can be sure God was listening. She sort of laughed and said, “Well, because the Bible says God hears our prayer!” and went back to gathering up her teaching materials. She doesn’t get it at all, I realized with a sinking feeling. I felt incredibly alone, maybe more alone than I’d ever felt in my whole life up to that point. I remember wishing I could go back in time, back to minutes earlier, before that question of God’s existence had occurred to me, since it felt too heavy a sadness to bear. I watched my teacher, and can even recall envying her simplemindedness–I wished I could be someone like that who didn’t have any questions. And in that moment, I told myself I could never ask such a question again because I didn’t want to ruin her faith or anyone else’s. What a heavy burden to bear as a child! At the time, I could not have been older than three or four.

This is what I wish my teacher would have said: “That is an important question, one that many people have asked themselves–even I have asked that question. What do you think?” If she had done so, my question may still have stung and saddened me, but I wouldn’t have had all the layers of shame and abandonment heaped on top of it. I also could have begun to formulate what it was I was thinking, because I’m not sure I was a budding agnostic. I think I just needed to ponder the fact that God isn’t “real” in the way that my parents were–He is real in a different way.

4. Incorporated my questions into our relationship

As I state in my book, Mrs. D ended many of our conversations with the phrase “It’s good to talk about these things.” In doing so, she affirmed that our relationship could bear the painful questions and qualms I was raising. That phrase blessed me with a deep sense of belonging and community, one that very nearly overshadowed the pain of my questions and even gave me the sense that it was because of the pain of my questions that I could feel so close to another person.

Admittedly, I’m not sure she literally concluded every single conversation this way. But I know she said that a few times, and even if she didn’t, she always managed to send me off with an unshakable sense that it was good to talk about the tough stuff. It always seemed that in the act of talking and sharing, there was healing and hope. Usually, the original question or pain that brought me to Mrs. D’s office did not go away. Instead, our talks afforded me the sense that pain and unanswerable questions could join me to other people rather isolate me. It’s possible that formed a crucial part of my identity, because I have always been drawn to tough topics and conversations and in doing so feel somehow more connected to people/ humanity/ reality than less. The experience of writing my book, Time and Despondency, was no exception.

These four items, then, are things that helped me feel comforted and supported during my “dark nights” of my young, despondent soul. But the thing is, we should be incorporating these strategies not just with children but with one another. These are ways we minister to human beings, children being a certain subset of humanity. If you want to know more strategies for countering despondency, I would suggest reading chapters 6 and 7 of my book, many of which could be easily adapted in age-appropriate ways for the children in your life.

Nicole Roccas, PhD, lives in Toronto and works as a freelance book editor at The Writer’s Loom. She is the author of Time and Despondency: Regaining the Present in Faith and Life (Ancient Faith Publishing). Find her on the Ancient Faith podcast and blog, Time Eternal, or on Facebook, Twitter, or Instagram.

Can Children Struggle with Despondency? In part 1 of her discussion of despondency and children, Nicole Roccas, PhD, author of Time and Despondency, explains the traditional understanding of despondency, or akedia, and its effect on children.

Disability and special needs: People sometimes feel uncomfortable around people with disabilities. It doesn’t have to be that way.