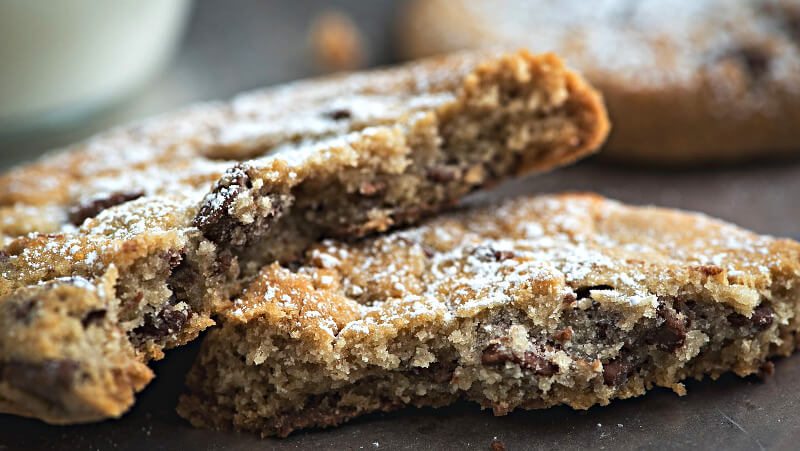 One of the most effective tools in my parenting toolbox is the Giant Cookie Test. Let me tell you about it.

When my kids were really small, I assumed that if they didn’t do what I told them to do, they were being disobedient. And I would get angry with them because of their disobedience, and punish them for it. Because misbehavior has to have consequences, right? Otherwise, how will the child learn?

But, for my kids, consequences didn’t seem to make much difference. I thought maybe I was a terrible parent. (There were plenty of people willing to tell me that, so it must have been true.) I read every parenting book out there: Love and Logic, 1-2-3 Magic, and a host of others. None of them helped.

And finally, when my oldest was 12 years old or so, the pediatrician told me that I was punishing him for things he literally couldn’t do. It wasn’t that he didn’t want to do what I said. He couldn’t do it.

I was devastated. Good parents don’t punish a child for not doing what they can’t do. That’s not just ineffective. It’s cruel. God doesn’t treat us that way. The Theotokos never treated her Son that way.

If your child can’t do something, you don’t punish them. You teach them the skills they need to do it. And you help them solve the problems that are preventing them from doing it (or you identify and solve the problems for them, depending on their age).

And that insight led me to my biggest parenting challenge: figuring out the difference between can’t and won’t.

When Can’t and Won’t Look Alike

For my kids, for many kids, can’t and won’t look the same. Especially if the child knows they can’t do what you ask. Instead of trying and failing, they’d rather just not try. I’m that way – if my boss told me that I had to do cartwheels down the hallway at work, the pain and humiliation wouldn’t be worth it. I’d rather quit my job than try. (And I love my job.) If you think about it, there are likely things you’d feel the same way about. Kids are no different. They don’t want to be set up for failure.

If they refuse to comb their hair, brush their teeth, do their homework, put their toys away, it might be a problem of motivation. The child might be avoiding the task because it’s no fun, and they’d rather be doing something else.

But it’s just as likely that the task is beyond the child’s ability. And it’s critical to figure out which it is. Because what you do is different, depending on the answer to those questions.
So how do you find the answer?

Somewhere, over my years of parenting, I started using the Giant Cookie Test. I don’t remember now if it’s something that a doctor or therapist taught me to do, or if I read about it in a book, or if some other parent, far wiser than I, told me about it. Wherever it came from, it’s powerful.

The Giant Cookie Test is not a technique to get your child to behave. It’s not a reward for compliance. It’s a tool that you can use to find out why your child is not complying with a particular expectation or task.

The first step is to identify the task as specifically as possible. “Be obedient” isn’t something that the test works particularly well for. “Brush your teeth before bed” is. Or “hang up your coat when you come in from school.”

Then select the Giant Cookie. If you’re dealing with a 3-year-old, that might literally be a giant chocolate chip cookie, one that’s the size of a pizza. For an 11-year-old, it might be a new video game. It has to be something that the child really, really, really wants, something that they have no way of getting. Something you know they’d try to do the impossible to get.

Most likely, they won’t get it. But it has to be something you can and will give them if they succeed.

Once you’ve selected the Giant Cookie, you tell the child that if they complete the task (if she gets her homework done before supper, puts his soccer gear away after practice, stays in church for the entire service, whatever it is), they get the Giant Cookie.

Once you’ve offered the Giant Cookie, observe carefully. This is the heart of the test. It’s where you learn what your child can and can’t do.

One of three things will happen. Your child may refuse the task, or do it easily, or struggle to do it.

When Your Child Refuses

If your child immediately says, “I don’t want the cookie anyway,” and refuses to even try, it means one of two things. Either he believes it is utterly impossible for him to complete the task. It may or may not be impossible, but he believes it is impossible. Or she isn’t sure whether she can do it or not, and she finds the possibility that she might fail so terrifying that she can’t bring herself to try.

In either case, if the child won’t attempt the task, you have a lot of work to do. You have to figure out why it’s so difficult for your child. You have to identify and teach the missing skills. And you have to build the child’s confidence. It’s huge. You might even need to get help from an occupational therapist or other professional to figure it out.

When Your Child Can Do It

If your child does the task easily, she gets the cookie, and you know the task itself is easy for her. She just doesn’t want to do it. She might have what are, to her, perfectly valid reasons for that. Your task is to collaborate with her to figure out what those reasons are, and decide what to do from there.

I’ve never had to decide what to do in this case, because it never happened. It turns out that when I thought my kids were being stubborn or rebellious, they were struggling because they couldn’t do what I wanted. I just didn’t know that.

When Your Child Struggles

The most likely outcome of the Giant Cookie Test is that your child will attempt the task, and will struggle with it. When this happens, you need to watch carefully to see where your child struggles, and how much.

But I needed to be humbled, in order to be the parent that my child needed me to be.

Chores for Children with Special Needs: Jennifer Hock of Illumination Learning writes about helping children with special needs learn how to do chores in a way that works for them.

Disability and special needs: People sometimes feel uncomfortable around people with disabilities. It doesn’t have to be that way. These tips can help you welcome everyone to your church.