Implications of the Annunciation 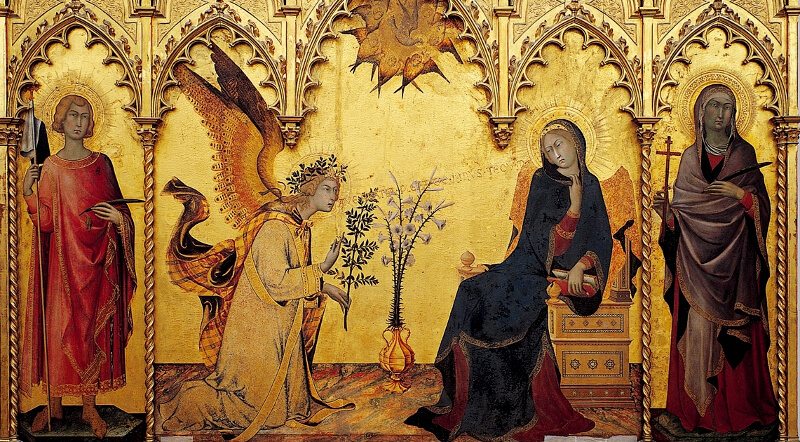 It’s the Annunciation! Today, we celebrate the moment that time, space, all that is and was and will be, turned inside out, and the uncontainable God was contained in a virgin’s womb.

It was His choice, of course, to enter into space and time, to take on flesh, to become part of his own Creation. But not His choice alone. Because what He chose to do would alter all of humanity forever. So he asked permission. God asked, and waited. And nothing happened until the young woman said yes.

And just as He shares the divine nature with the Father and the Spirit, in that moment, in the instant of the Incarnation, Mary shared her human nature, our human nature, with Him.

We don’t think about that very often. At least, I don’t. I know it’s true. But the implications are terrifying.

And Jesus told us that, if we’ve done something to another human being, for good or for ill, we’ve done it to Him.

It’s no use saying that he meant the first one, but not the second. They are both true, in the same way, for the same reason. Because the Persons of the Godhead share the same nature, what touches one of them touches all of them.

And because one of the Persons of the Godhead shares our human nature, what touches one of us touches all of us. Touches Him. Because He, the only begotten Son and immortal Word of God, is Immanuel. God with us. One of us.

The Story of Mary, the Mother of God: A Review: Based on the Protoevangelium of James, this lovely picture book tells the story of the Theotokos from her Conception through the Annunciation.