The Lenten Feast of St. Patrick 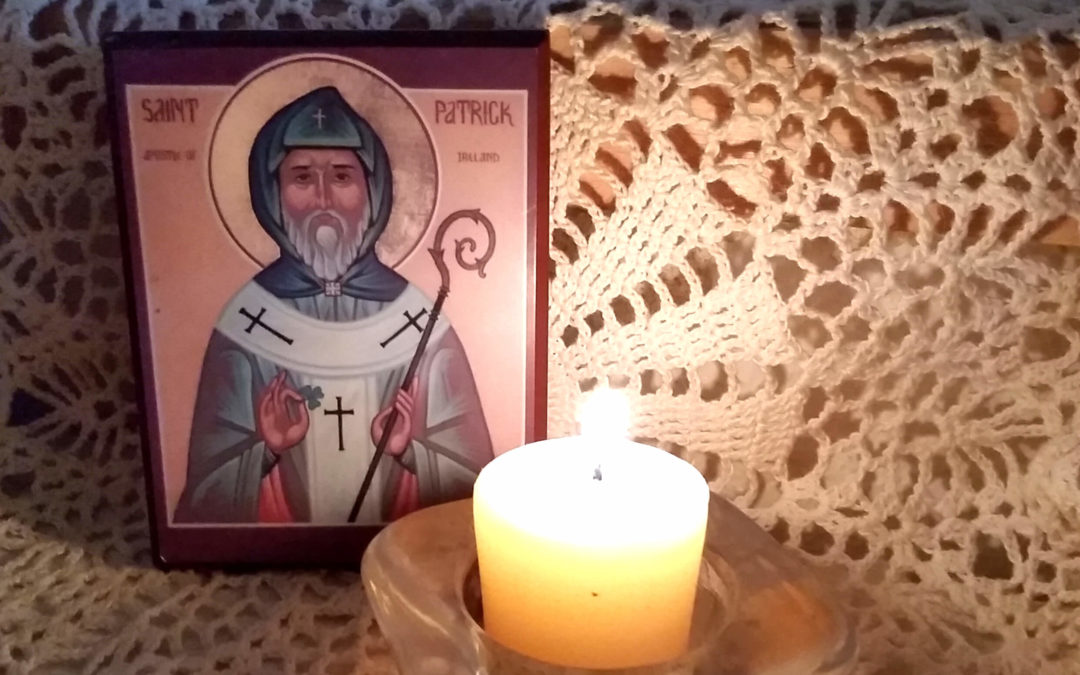 Today is the feast day of St. Patrick, the patron saint of Ireland. It’s a feast day that invariably falls during Lent. We have these feasting-fasting days from time to time. And special traditions grow up around them, to honor both the feast and the fast. We eat fish on the Annunciation, caviar on Lazarus Saturday.

And on St. Patrick’s Day?

The Irish, in times past, took their Lenten abstinence seriously. They ate neither meat nor eggs for all of Lent, and all but the youngest children abstained from milk. Meals were small and simple: Bread or porridge for breakfast, with black tea. Potatoes with fish or onions for dinner.

The Irish abstained from merrymaking during Lent as well. They put away all their musical instruments. If they had a deck of cards, they burned it on Shrove Tuesday, and didn’t replace it until Lent was over. Many abstained from alcohol and tobacco. The most pious abstained even from visiting their neighbors.

And during the middle of Lent came St. Patrick’s Day.

In America, St. Patrick’s Day has long been celebrated with parties and parades and drinking. Lots of drinking. But in Ireland?

Until the 1970s, it wasn’t even legal for pubs to open in Ireland on St. Patrick’s Day. It was a day of holy obligation. People went to church.

But when they got home from church, what did they eat? Certainly not corned beef and cabbage. That’s Irish-American, not Irish.

It appears, from everything I’ve been able to find, that they did.

In Ireland, all Lenten abstinence was lifted for the feastday of their beloved saint. (If any Irish friends know different, please let me know!)

St. Patrick’s Day began with Mass, of course. When that was over, the men shared Pota Pádraig, St. Patrick’s Pot, while the women prepared the feast. And there was a feast. Boiled ham, potatoes, cabbage, and soda bread with butter. Lots and lots of butter. There would be sweets, too. Apple cake, perhaps, or bread pudding.

In the evening, neighbors would get together to celebrate the day. The instruments would be brought out for singing and dancing. There would be storytelling. And more drinking and more eating. Everyone ate until the food was gone, because the next day, the feastday was over. The austerity of Lent was back.

Holy Bishop Patrick,
Faithful shepherd of Christ’s royal flock,
You filled Ireland with the radiance of the Gospel:
The mighty strength of the Trinity!
Now that you stand before the Savior,
Pray that He may preserve us in faith and love!

St. Patrick and the Snakes: A Review: A picture book from Ireland about Ireland’s saint.

St. Brigid’s Cloak and Blueberry Jam: St. Brigid was an Irish saint, a friend of St. Patrick and a friend of the poor.