St. Dorotheos of Gaza on What God Hates Most 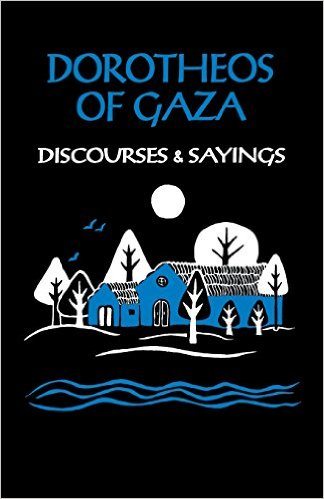 Saint Dorotheos of Gaza is one of my very favorite saints. That’s partly because he’s easy to get to know. Even though he was a monk in the desert in the sixth century, he wrote a lot, and much of what he wrote has been handed down to us. There are 21 discourses and 30 talks on asceticism, along with letters and what today we’d call FAQs — questions and their answers.

Although Dorotheos’s writings were intended for monks living in the desert near Gaza in the 6th century, you wouldn’t know that from reading his discourses. They aren’t esoteric. He doesn’t talk about feats of asceticism or spiritual labors that make no sense at all to ordinary people 1500 years later. Instead, he tells stories. He talks about the things that any Christian ought to know and do, in order to live a Christian life.

His disciple Dosithy (whose obedience and humility are the stuff of legend) said, “Towards the brethren laboring with him he responded with modesty, with humility, and was gracious without arrogance or audacity. He was good-natured and direct, he would engage in a dispute, but always preserved the principle of respect, of good will, and that which is sweeter than honey, oneness of soul, the mother of all virtues.”

Those virtues come through in everything he wrote. If you get the chance, get a copy of Dorotheos of Gaza: Discourses and Sayings, translated by Eric Wheeler, OSB. Read it. Study it. It is well worth your time. And you just might fall in love with Saint Dorotheos, too.

Until you can get a copy, I’ll share a sample with you. Every Sunday this month, I’ll include an excerpt from the discourse, “On Refusal to Judge Our Neighbor.”

May God grant you wisdom and grace through the prayers of St. Dorotheos!

What God Hates Most

You know how great a wrong it is to judge your neighbor. What is graver than this? What does God hate and turn away from so much as from this? As the fathers say, what is worse than judging rashly? Nevertheless, from things that appear negligible a man comes to such great evil. For by accepting a suspicion against a neighbor, by saying, ‘What does it matter if I put in a word [about my suspicion]? What does it matter if I find out what this brother is saying or what that guest is doing?’ the mind begins to forget about its own sins and to talk idly about his neighbor, speaking evil against him, despising him, and from this he falls into the very thing that he condemns.

Because we become careless about our own faults and do not lament our own death (as the Fathers put it), we lose the power to correct ourselves and we are always at work on our neighbor. Nothing angers God so much or strips a man so bare or carries him so effectively to ruin as calumniating, condemning, or despising his neighbor.

There are three distinct things here: running a man down; condemning him unjustly; and despising him.

Running a man down is saying that so-and-so has told a lie, or got into a rage, or gone whoring, or the like. A man has already committed calumny if he speaks about his brother’s sin as if with sympathy. Condemning a man is saying, ‘he is a wicked liar, or he is an angry man, or he is a fornicator. For in this way one judges the condition of his soul and draws a conclusion about his whole life. It is serious to judge a man for each one of his sins. As Christ himself says, ‘Hypocrite, first take the board from your own eye, then you can see to take the splinter out of your brother’s eye.’

Boards and Splinters, Tax-Collectors and Pharisees

You see, he compares your brother’s sin to a splinter and your rash judgment to a board. Very nearly the most difficult of all sins to deal with is judging our neighbor! That Pharisee who was praying and giving thanks to God for his [own] good works was not lying but speaking the truth, and he was not condemned for that. For we must give thanks to God when we are worthy to do something good, as he is then working with us and helping us. Because of this he was not condemned, as I have said, not even when he said, ‘I am not like other men’, but [he was condemned] because he said, ‘I am not like this tax-collector’. It was then that he made a judgment. He condemned a person and the dispositions of his soul — to put it shortly, his whole life. Therefore, the tax-collector rather than the Pharisee went away justified.

These stories are from St. Dorotheos’s discourse, “On Refusal to Judge Our Neighbor.” If you want to read more by St. Dorotheos, you’ll find it in Dorotheos of Gaza: Discourses and Sayings. While you wait for your copy, you can read the rest of the discourse:

The Uncondemning Monk: We know so little about this saint. Only that, in his life, he was the worst of all monks. But he never in all his life judged anyone.

In this family, we don’t judge: When judging others seems to be an insurmountable temptation, we have examples from the lives of the saints to help.