St. Helena and the Cats of Cyprus 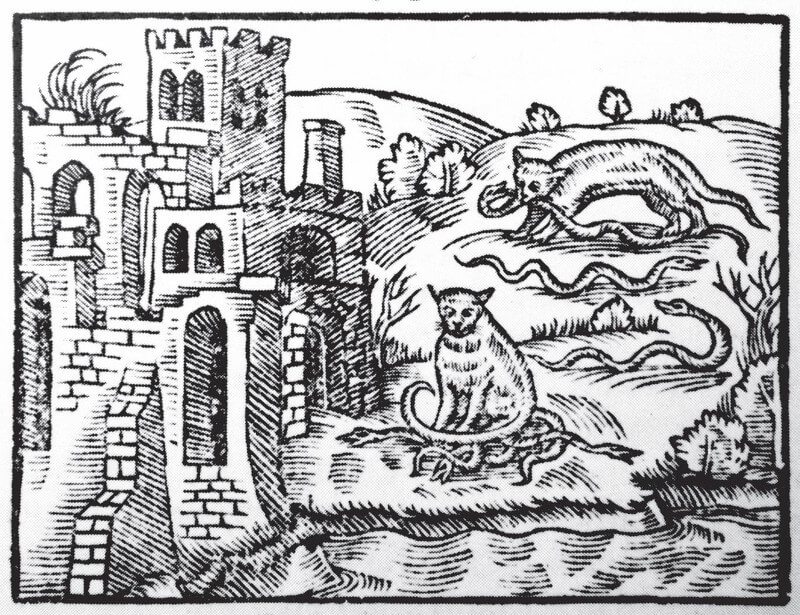 After St. Helena found the True Cross in Jerusalem, she headed back to Constantinople. On the way, she stopped by Cyprus. She was endowing a monastery there, and she intended to leave them a fragment of the True Cross.

But she found the island in disarray. For many years, Cyprus had been besieged by drought. Drought, of course, brings hunger. And in Cyprus, the drought had brought snakes. Lots and lots of snakes. Venomous snakes.

You could almost feel sorry for the snakes. They were just trying to find water, and because of the drought, the only place to find water was where people were storing it.

But the people of Cyprus weren’t inclined to feel sorry for the snakes. In fact, so many people had fled Cyprus for fear of the snakes that the monastery, and indeed the entire island, was in dire condition.

The Cats of Cyprus

St. Helena didn’t have St. Patrick’s knack for banishing snakes. But she was a strong woman, not inclined to let anything get the better of her. She consulted with the locals who were still there. (The locals may well have included St. Nicholas, who is said to have founded the monastery on Cyprus before he went to Myra.) Ultimately, she decided to have a thousand cats sent to Cyprus from Palestine and Egypt.

The monks took care of the cats. Twice a day, they rang a bell to call the cats to supper. When mealtime was over, they rang the bell again to send the cats of Cyprus out to do battle with snakes.

And the cats did exactly that. Before long, they had the snake population under control. And people began returning to Cyprus.

The monastery – which became known as the Holy Monastery of St. Nicholas of the Cats – continued to care for the cats for more than a thousand years. And their neighbors, who mostly worked as fishermen, helped support the cats of Cyprus by donating their entire catch on the Feast of St. Nicholas to the monastery.

Even when the monastery was destroyed and rebuilt, the monks and the people never failed their cats. Not until 1570, when the Ottomans destroyed the monastery and killed or enslaved all the monks, did the cats lose their human companions and providers.

The cats were dispersed. The snakes came back.

The Holy Monastery of St. Nicholas of the Cats Today

In 1960, the Department of Antiquities renovated the Holy Monastery of St. Nicholas of the Cats. In spite of the passing centuries, some sections of the original fourth century monastery remained, as well as some parts dating to the thirteenth century.

And then, in 1983, a small group of nuns took up residence at the monastery. They brought cats with them. Once again, the cats drove away the snakes.

The nuns who live at the monastery today paint icons, and sell jams, honey, sweets, and oranges in their gift shop. And, of course, they take care of their cats.

Blessings of Bees and Flowers and Fruit: In the Orthodox Church, we bless everything. Including bees and honey.