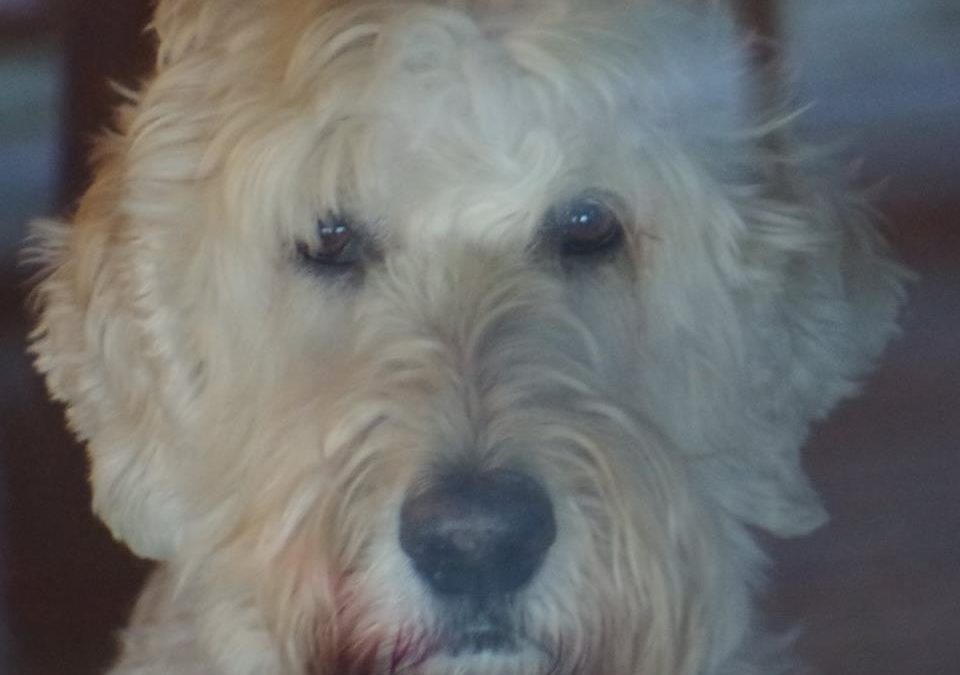 Lately, I’ve been pondering why God had Adam name all the animals. It seems that, when we name an animal, our relationship with it changes. Has it been that way from the very beginning? 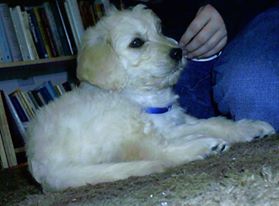 Our first dog, the day after we brought him home.

When we got our dog, every child in our house wanted the honor of naming him. It was impossible to give one dog five names. So we asked each child to submit a name. Then we’d vote. But every child, of course, voted for the name they’d chosen.

Since that didn’t work, I named the dog. He’s Kudzu, because I figured he was going to grow fast and take over everything.

I was right. (That’s him, at the top of the page, after he grew up and began his work as our child’s service dog.)

When we name animals, we come to know them. We enter into a relationship with them. They take up residence in our hearts.

When you read the lives of the saints, it’s striking how many of them were able to relate to the animals as Adam did. St. Mamas had a lion that carried him wherever he needed to go. St. Gerasimos tamed a lion by removing a thorn from its paw, and a lion helped St. Zosimus bury the body of St. Mary of Egypt. St. Seraphim had a bear that served him and ran errands for him. A bear carried wood for St. Koprios. An ibex taught a hermit known to St. Martinus of Lougdoynoy how to tell plants that were good for food from plants that were poisonous. 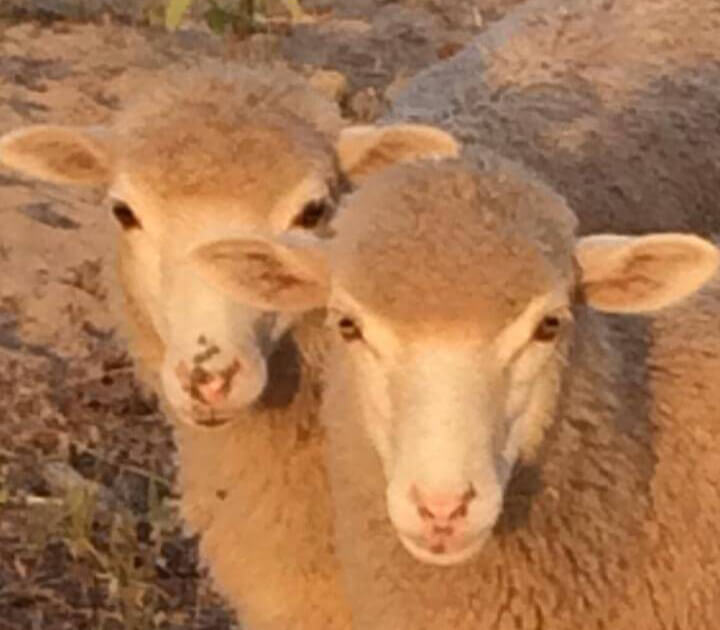 St. Mamas is the patron saint of sheep. Photo by Maria Floyd (Sheepjunkie).

As the animals did good for the saints, the saints also did good for the animals. St. Isaac the Syrian taught us to pray for animals. A hyena brought her blind cub to St. Mark the Ascetic, and St. Mark healed it. St. Paul of Obnaras fed birds from his hands while bears and foxes, hares and other small animals waited their turn to be fed.

St. Modestos was the patriarch of Jerusalem in the 7th century. When the oxen belonging to a poor widow became ill, she asked the holy unmercenaries, Saints Cosmas and Damian, to heal them. They appeared to her in a dream and told her that it wasn’t given to them to heal animals, but that she should seek help from Bishop Modestos of Jerusalem.

While she was seeking Bishop Modestos, she encountered him in a dream. He told her to have a cross made from a portion of iron taken from her tools. The next day, he told her, when the Divine Liturgy was being served, she must dip the cross in oil and anoint her oxen in the name of Christ. She followed the saint’s instructions, and her oxen were healed.

It is for this reason that St. Modestos is considered the patron saint of animals. When our animals are sick or in danger, we can ask St. Modestos to intercede for us and for them.

Lord our God, who created light, make me worthy to attain your kingdom, for my soul desires you, Master, and only you. Do not forsake those who call on you, but in your loving kindness fill them with your goods, and grant them your rich mercy. Hear now my prayer and bless these animals, keeping them safe from harm.

Yes, Lord, look down from Your holy dwelling place and bless these animals, as you blessed the flocks of Abraham, Isaac, and Jacob. Remove and repel from them every injury and illness. Grant them health and strength, render them robust and successful in the various services they render so that their owners, having received so many blessings from their animals, may also go out and be a blessing to others and glorify You always, through the prayers of St. Modestos and all the saints. Amen.

Blessings of Bees and Flowers and Fruit: During the fasts and feasts of late summer, it’s traditional to bless honey, flowers, herbs, and fruit.

Farewell, beloved dog: Thoughts on the life and love of a service dog.

Can service dogs go to church?: It’s an important question, and the answer is, “it depends.”