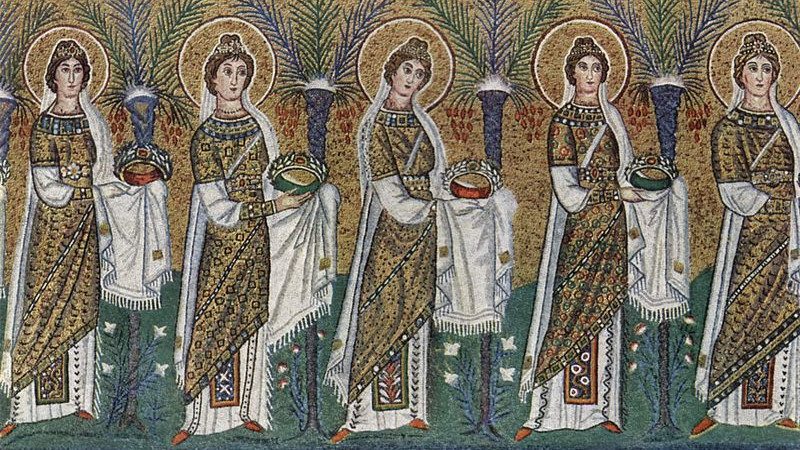 St. Susanna was born in Palestine in the year 286. Her father was a wealthy pagan priest named Arthemius, her mother a Hebrew woman named Martha. Diocletian had been emperor only two years at this point, and the most severe persecution of Christians had not yet begun. When Susanna learned of the Christian faith, perhaps from servants in her household, she sought out the Bishop Silouan, and was baptized.

When her parents died, Susanna decided that she’d rather not marry. Instead, she freed all her slaves and distributed her inheritance to the poor. Then she cut her hair, put on men’s clothing, and took the name John. When she asked to be admitted to a monastery in Jerusalem, they believed she was a eunuch, and accepted her as one of their brothers.

St. Susanna’s life as a monk

Susanna labored at the monastery for twenty years. She grew in wisdom and virtue, becoming an example of the ascetic life. She became the abbot of her monastery, and then archimandrite, ruling over a group of monasteries. (During her lifetime, the title of archimandrite did not imply that she was a priest.)

Susanna, in humility, accepted the false accusation and asked the nun’s forgiveness. And that might have been that, but the bishop, Kleopas of Eleutheropolis, heard of the accusations. He came to the monastery to learn the truth of what he had heard. And he didn’t like it. He decided to eject Archimandrite John from the monastery, and to ban him from the monastic life.

Susanna was willing to be accused of crimes she didn’t commit, but she wasn’t willing to give up her monastic vocation. She asked to speak to two deaconesses. She showed the deaconesses that she was a woman. They reported what they had learned to the bishop.

Bishop Kleopas removed Susanna from the monastery, as he had decided he must do. But not for misconduct. Even though the monastery had been her home for 20 years, he couldn’t leave her there, knowing that she was a woman. Instead, he took her to his cathedral, ordained her a deaconess, and appointed her the abbess of a woman’s monastery.

During the time of Julian the Apostate, she was arrested for refusing to offer sacrifices to the pagan gods. After enduring torture, she was left in prison, where she died of hunger and injury in the year 362.

The Emerald of God, St. Euphrosyne of Alexandria: When St. Euhprosyne refused to marry the man her father had chosen for her, she became the monk Smaragdos and her father’s teacher.

The Lord’s Wise Handmaiden: After St. Melania the Younger nearly died in childbirth, her husband Apinianus agreed to take up a monastic vocation with her, if only they could first give away all their wealth. That proved harder to do than they ever could have guessed.

St. Elizabeth the Dragon-Slayer: St. Elizabeth was given land for her convent, land that was useless because it was infested by a dragon. So she did the most reasonable thing she could do: she killed the dragon.