The Case of the Disappearing Name Day 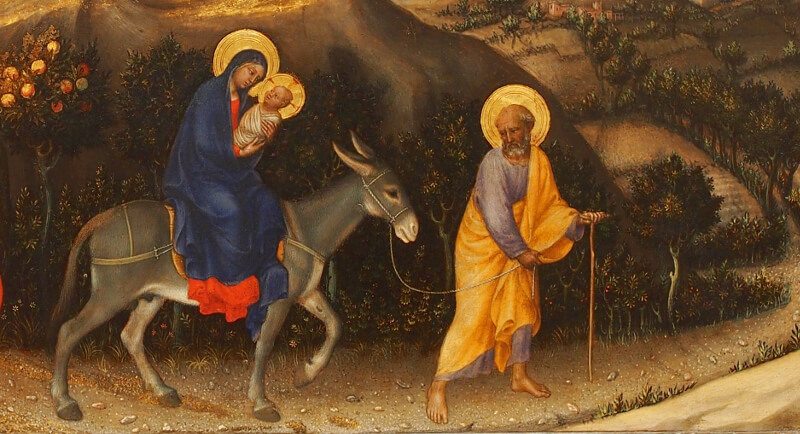 This year, I don’t get a name day.

I mean, that’s not quite true. Today is, in fact, my name day. In the Orthodox Church, we celebrate the feastday of our patron saint as our name day. My patron saint is Joseph the Betrothed, foster father of our Lord and protector of the Theotokos. Today is his feastday, together with his son James and his ancestor David the King. So it’s my name day.

However, today is also the Synaxis of the Theotokos. If you look at a church calendar, that’s what you’ll see. You won’t see saints Joseph and James and David. They disappear.

They don’t disappear as entirely as St. John Cassian sometimes does. His feastday is February 29, so if he’s your patron saint you get to celebrate your name day once every four years.

Sunday after the Nativity

Most years, St. Joseph, along with James and David, are celebrated on the Sunday after the Nativity. So most years, those of us who have one of these saints as our patron get to celebrate our name day on a Sunday during Christmas.

And that’s a wonderful thing. Because our name day is during Christmas, we never celebrate our name day on a fast day. Unlike, for example, people whose patron is Herman of Alaska. He gets two feastdays, one in the summer and one in the winter, and both of them are during fasts.

And St. Joseph, with saints James and David the King, are important enough that you’ll see them on the calendar on their Sunday, no matter who else is celebrated that day. Unlike, say, saints Justinian the Great and his wife Theodora, whose feastday is November 14. They’re barely noticed because of St. Philip and the beginning of the Nativity Fast.

So when Christmas falls on a Sunday, we celebrate St. Joseph on the day after Christmas. Which is also the Synaxis of the Theotokos. At one time, long ago, it was the feastday of St. Stephen. But his day was nudged out one day so he wouldn’t get lost in the celebration of the Theotokos.

Somehow, I don’t think he minds.

When Joseph Went Up to Bethlehem: Joseph was obedient to the angel. But you can hear his doubts in the words of our services.

The Story of Mary the Mother of God: A Review: The life of the Theotokos, told through the stories from the Protoevangelium of James.