Christine, who fasted during the fast-free week 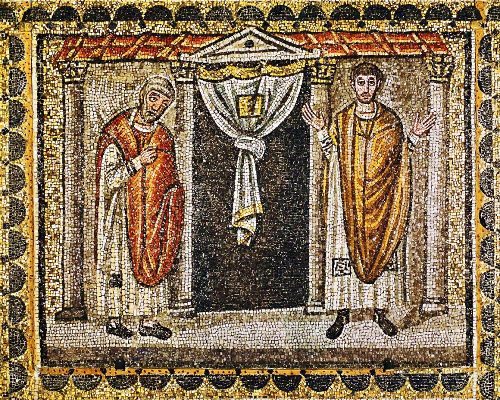 Yesterday, I walked home from the train station with tears running down my face.

That’s happened before. It’s usually because I was reading a book on the train, and reached the place in the story where my favorite character dies.

But that wasn’t it this time.

This week is the week of the Publican and the Pharisee. It’s the first of three weeks that we have to get ready for Great Lent. Most weeks, as Orthodox Christians, we fast on Wednesdays and Fridays. The exceptions are the festal periods after Christmas and Easter.

And this week. This week, we don’t fast.

We don’t fast because the Pharisee fasted, and was proud of his fasting. To remind ourselves, before Lent begins, that the goal of fasting is humility, we don’t fast.

But yesterday, when I was walking from my bus stop to the train station, I met a woman who was fasting. Her name is Christine.

Christine was clean and tidy, but very thin and very pale. She had one tooth in her mouth. She asked me if I would buy her a meal.

I didn’t want to miss my train. “Sure,” I said. “Let’s walk over to Starbucks and I’ll buy you a sandwich and some coffee.”

“That’s too expensive,” she said. (And as she had no teeth, maybe a sandwich was a stupid thing for me to offer.) She asked if I could walk with her back to a restaurant three blocks that way, where I could buy her a bowl of soup. It would be just seven dollars.

But that was three blocks farther from my train. “I don’t want to miss my train,” I said. I gave her the cash I had in my purse — $3. “Maybe someone else could give you the rest,” I said.

She looked utterly crestfallen. “Could you, maybe, could you buy me something here?” she asked, pointing to the back door of a little Japanese restaurant. The front of the restaurant was inside a shopping center.

“I can’t go in there,” she said. Security wouldn’t allow her in. But I could go in and get it for her.

And so I did. I might be able to get her supper and still catch my train.

The lady at the Japanese restaurant knew who I was getting the meal for. She fixed the chicken and mushrooms on the griddle behind the counter. She got a takeout box, added a big helping of udon noodles, and a big scoop of steamed vegetables. Then she poured teriyaki sauce over all of it. “To make it easier for her.” She topped it with chicken and mushrooms and more sauce.

Then she packed the box in a bag with napkins and a fork. I paid, and thanked her. Then I went outside to deliver the meal and run for my train.

But Christine wasn’t there. I walked down the block and back. I asked the man who was washing the windows if he’d seen her. He shrugged. The lady from the Japanese restaurant popped out the back door. She looked around, then had a brief conversation with the man washing windows.

“He says she went to the restrooms. Let me go see if I find her.”

So much for my train. I paced up and down the sidewalk. The food smelled so good. But where was Christine?

The lady from the Japanese restaurant came back. “She’s not there,” she said. “Sometimes the security, they send her away.”

I asked if Christine came there often. “Sometimes,” she said.

“Can I leave this with you? In case she comes back?”

“Yes. If she doesn’t come back, I’ll give it to someone else who needs it.”

I walked past two other people who surely needed a hot meal as I walked to the train station.

“I was hungry, and you gave me no food.”

Lord, have mercy on me, a sinner.

The Parable of the Great Feast: The folks who were invited to the Feast sent their regrets, so the master of the feast sent his servants to gather in the homeless and hungry.

St. John the Almsgiver: St. John was the patriarch of Alexandria. He counted the poor as his masters, and served them in all things.