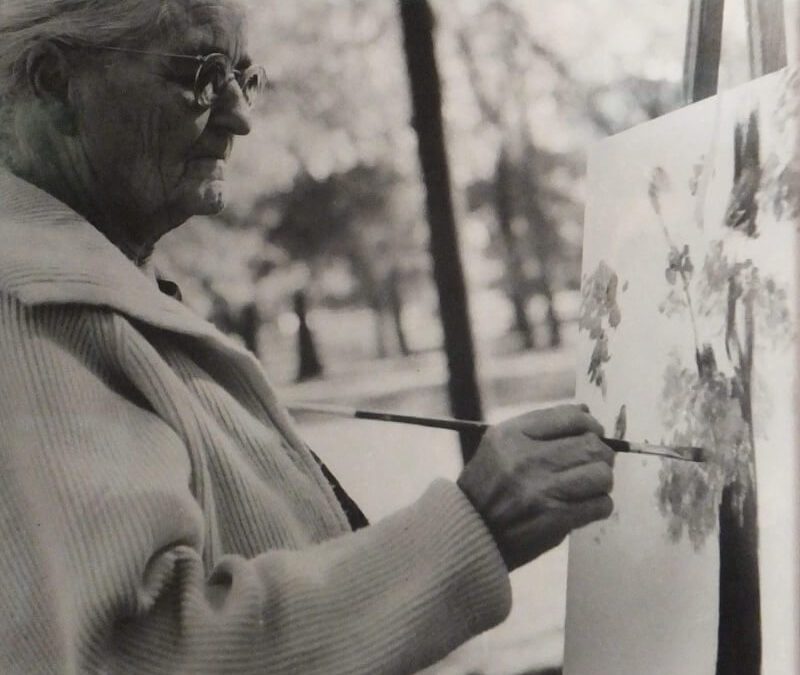 My grandmother was an artist. I’m blessed to have some of her paintings. As a young woman, she worked in watercolors. As an old woman, she preferred oils.

And in between youth and old age? She didn’t paint. She was busy raising children, running a business, doing the task at hand.

Someone once asked my grandmother if she didn’t resent all those years when, because of family obligations, she couldn’t pursue her art. And she responded that life has seasons. You don’t resent fall because it isn’t spring.

But this time of year, I find that I do resent fall. I start feeling the change in seasons right around the end of July. It’s far enough north here where I live that, from one week to the next, almost from one day to the next, you can tell that the days are shorter. In late June and early July, it was full daylight when I woke up in the morning to get ready for work. A month later, I was waking to the gray light of the early dawn. Now, already, it’s still dark when I wake.

Weirdly, this time of year is harder for me than midwinter. It’s not the short days and long nights of winter themselves that bother me. It’s the days getting shorter, the nights getting longer. It’s not the darkness, but the approach of darkness that fills me with a discomfort that I can’t quite put my finger on. I don’t like it.

Endings in the Life of the Church

But then I remember. In the Orthodox Church, the New Year doesn’t begin on January 1, when the longest nights have passed and days are beginning to lengthen. The New Year, for us, begins, today, September 1. It’s in the autumn of the year, when we’re sliding headlong into winter, that the year begins.

And our days begin at sunset. The first hymn of the day, sung at Vespers, is O Gladsome Light.

O Gladsome Light of the holy glory of the Immortal Father, heavenly, holy, blessed Jesus Christ. Now that we have come to the setting of the sun and behold the light of evening, We praise God: Father, Son, and Holy Spirit. For it is right at all times to worship Thee with voices of praise, O Son of God and Giver of Life, therefore all the world glorifies Thee.

At the setting of the sun, as we slide headlong into night, we behold the light of evening. Not the darkness, but the light. 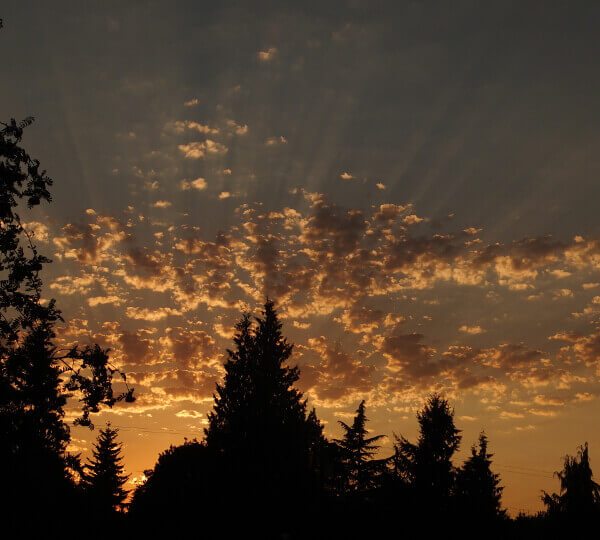 Now that we have come to the setting of the sun …

And the first hymn for the first day of the new year is this:

O Lord, Creator of all things, Who by your authority have established times and seasons, bless the beginning of our Church year with Your goodness; preserve your people in peace, and through the intercessions of the Theotokos, save us.

As the days get shorter, we acknowledge that God has established times and seasons. He has established this season. And we say, in this headlong slide into winter, that it’s not the end of anything. It’s the beginning of the year, blessed with goodness.

It’s not winter yet, on September 1. It’s not dark yet as the sun sinks in the west. But you can see winter coming, in the changing leaves and the changing light. At sunset, you can see night coming. And the Church tells us these aren’t endings, but beginnings.

And from where I stand now, I can see old age and death coming. It’s not here yet, of course. But by arranging times and seasons, and placing the New Year on September 1, the Church, I think, is telling us that old age – the aching joints, the gray hair, the need for bifocals – these things, like the chill in the air and the glow of the sunset, don’t foreshadow an ending. Instead, they are harbingers of the beginning of the new life in the age to come.

Saints and Feasts: Posts about other days and saints that mark the times and seasons in the Orthodox church.