What Do You Eat on St. Michael’s Day? 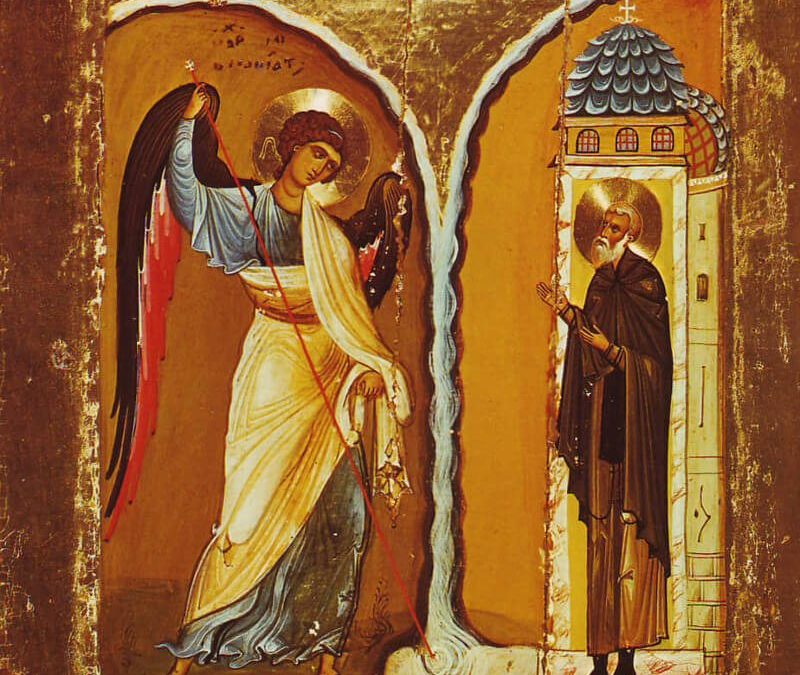 In the Orthodox Church, November 8 is the Feast of St. Michael and all the angels. We honor St. Michael as the healer of the sick, the protector of the Church, the patron of police, military, firefighters, and paramedics.

St. Michael’s Day is often celebrated with special foods. When my children were small, I would sometimes get out the angel cookie cutter, and make angel-shaped sugar cookies for the feast.

In the British Isles, the feast of St. Michael and the angels is kept on September 29. In the past, a traditional Michaelmas meal likely would have included roasted goose, along with apples and carrots. In Germany or France, it might have been roasted duck instead of goose. In Italy, gnocchi were traditional on Michaelmas.

In Scotland, it was traditional to make bread for Michaelmas from equal parts of barley, oats, and rye. The bread would be blessed at church, and then distributed to the poor in the name of friends who were absent or who had died.

There was a folk belief that when St. Michael cast the devil out of heaven, the devil landed in a blackberry bramble, cursed the berries, spat on them, and made them bitter. Therefore, Michaelmas was the last day of the year to pick blackberries. And so it became customary to eat blackberry pie on Michaelmas.

Commanders of the heavenly hosts,
we who are unworthy beseech you,
by your prayers encompass us beneath the wings of your immaterial glory,
and faithfully preserve us who fall down and cry to you:
“Deliver us from all harm, for you are the commanders of the powers on high!”

Kontakion
Commanders of God’s armies and ministers of the divine glory,
princes of the bodiless angels and guides of mankind,
ask for what is good for us, and for great mercy,
supreme commanders of the Bodiless Hosts.

Matushka Olga, healer of the abused and broken: The blessed Matushka Olga hasn’t yet been formally glorified, but when that happens, her feastday will be November 8. She is venerated especially among women, and among those who have suffered from abuse.