Why I Wrote The Saint Nicholas Day Snow 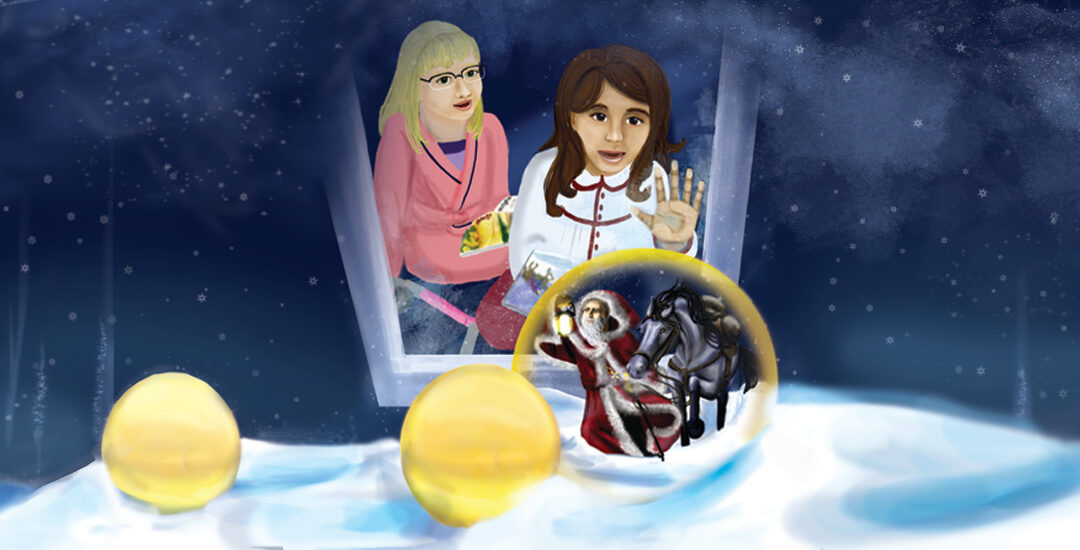 I wrote Catherine’s Pascha because I couldn’t find enough Easter books that I loved when my children were small. But there are lots of wonderful books about St. Nicholas. Why write another one?

Mostly because I wanted to get to know Elizabeth better.

Elizabeth is especially important to me. Children with disabilities rarely show up in children’s books, especially when the disability is not the focus of the story. Because I’m a mom of kids with special needs, when I wrote Catherine’s Pascha, I wanted to include a disabled character.

In Catherine’s Pascha, Elizabeth is a secondary character. By the time the book came out, I knew that her favorite color was purple and her patron saint was Elizabeth the Dragon Slayer. I knew that she could mostly get around with crutches, but sometimes needed a wheelchair. I knew that she preferred fried chicken to hot dogs. But there was so much more to know about her.

And so I wrote The Saint Nicholas Day Snow was to get to know Elizabeth better, and to give her a larger role in a story. By the time we were done with the book, I felt like I knew her as well as I know Catherine.

I hope you love her as much as I do.

Who loves Nicholas the Saintly?

St. Nicholas in the illustrations

St. Nicholas has always been known for his goodness and his mercy and his practical acts of love and kindness. Because of this, he is loved and has been loved by people throughout many cultures and places and traditions and times. This universal outpouring of affection for one of my favorite saints shows up in the pages of The Saint Nicholas Day Snow.

Becky decorated the pages with images of St. Nicholas from mosaics and manuscripts, icons and statues. You’ll see St. Nicholas in a ship in Italy, and on an elephant in India. These images are ancient, modern, and everything in between. Along with these are images of churches dedicated to St. Nicholas from all over the world.

St. Nicholas in the story

Of course, over the centuries, stories about St. Nicholas, and traditions honoring him, have come to have differences. And those differences are part of the story. Catherine’s little brother, Peter, argues with Elizabeth about the traditions regarding St. Nicholas in their homes. Does he come in a sleigh, with reindeer? Or riding on horseback? Does he come on St. Nicholas Eve, or Christmas Eve? Does he put treats in stockings hung by the fireplace, or in shoes set out by the back door?

It’s that universal embrace of love that characterizes St. Nicholas, and the The Saint Nicholas Day Snow.

To be completely honest, I also wrote it because I discovered that writing picture books is fun! Especially because I got to collaborate with R.J. Hughes (aka Becky), who is the most wonderful illustrator any writer could have wished for. Her illustrations add layer upon layer of richness and depth to the book.

Both stories are filled with kindness, prayer, faith, and love. The girls set out their shoes (with carrots and apples for St. Nicholas’s horse, or his reindeer), and Catherine’s parents pray and keep vigil for Elizabeth’s grandmother. And all of them, in the end, receive joy.

Book activities with The Saint Nicholas Day Snow: From cooking and crafts to academics and Advent devotions, you’ll find activities here to extend the book and support your celebration of St. Nicholas Day.