When names matter more than money 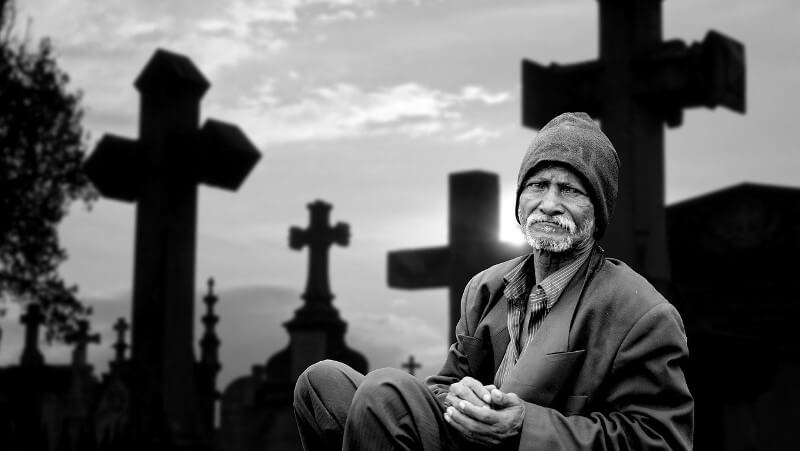 Bill is a huge fan of Steven King and Dean Koontz and Sue Grafton. He was reading Grafton’s J is for Justice, and at some point in the story, one of the characters makes vanilla and chocolate brownies. So, he told me, he decided to check and see if Grafton was on Twitter; if she was, he was going to tweet at her and tease her about making him hungry.

And he felt that way again, with the news of Grafton’s death. He said he couldn’t figure out how he’d missed it. I didn’t tell him that the health problems he’s had, the days he’s spent at the hospital, and in pain recovering, and the pain from his bad teeth, and being homeless, and not being able to find any work but day labor all probably had something to do with it. How would he have heard about Sue Grafton?

We talked a bit about what he does to cope with hard days. Begging at the train station is one of his coping strategies. “There are people here who know my name,” he said. And while he desperately needs the money he gets begging, people who call him by name are giving him something that matters more than money. Even if that’s all they give him. They see him. They know him. It matters.

This is what the Lord says: “Don’t be afraid, because I have saved you. I have called you by name, and you are mine.” Isaiah 43:1

God knows that names matters. That’s why He calls us by name. And it’s why, in the Orthodox Church, when we receive a sacrament, we’re always called by name. God wants us to know that he sees us, that he knows us, that we matter.

People respond to their name. You’ve heard of Dale Carnegie. He’s the man who wrote How to Win Friends and Influence People. He said, “a person’s name is to that person, the sweetest and most important sound in any language.”

Even people in persistent vegetative states react when someone calls them by name. You can’t see the reaction, but it’s there, deep in the part of their brain that knows who they are. The part of the brain that understands what is you and what is not you knows your own name.

And so God calls us by name, and he calls us to do the same for others.

Names as alsmgiving during Advent

“Behold, a virgin shall be with child and shall bring forth a Son, and they shall call His name Emmanuel” (which being interpreted is, “God with us”). Matthew 1:23

During Advent, we are called to increase our prayer, our fasting, and our almsgiving. We always think of almsgiving as money, and it is that. But you may not have money to give. Or you may believe that it isn’t wise to give money to homeless folks. Even so, you have the power to give them something that matters more than money.

You can call them by name. As I learned from Bill, calling someone by name is an act of almsgiving. It’s a gift from your heart to what may be their greatest need.

And there are so many who feel this need.

For the child who throws a fit during the Divine Liturgy, who takes too many donuts during coffee hour, who interrupts adults when they’re speaking. You know the child. Do you know his name? Do you call him by name?

For the elderly woman who doesn’t seem to know where she is most of the time, or who is around her. Do you know her name? Do you call her by name?

For the man who begs at the freeway ramp, or by the train station, or in the grocery store parking lot. Do you know his name? Do you call him by name?

The story of Pelagia the Penitent: When Bishop Nonnus baptized the courtesan Margarita, he gave her a new name, her real name: Pelagia.

Disability and special needs: How to welcome everyone into the life of your parish, including people with disabilities.

Five tips for a merrier Christmas: Don’t let the hustle and hurry crowd out your peace and joy as you prepare for Christmas.