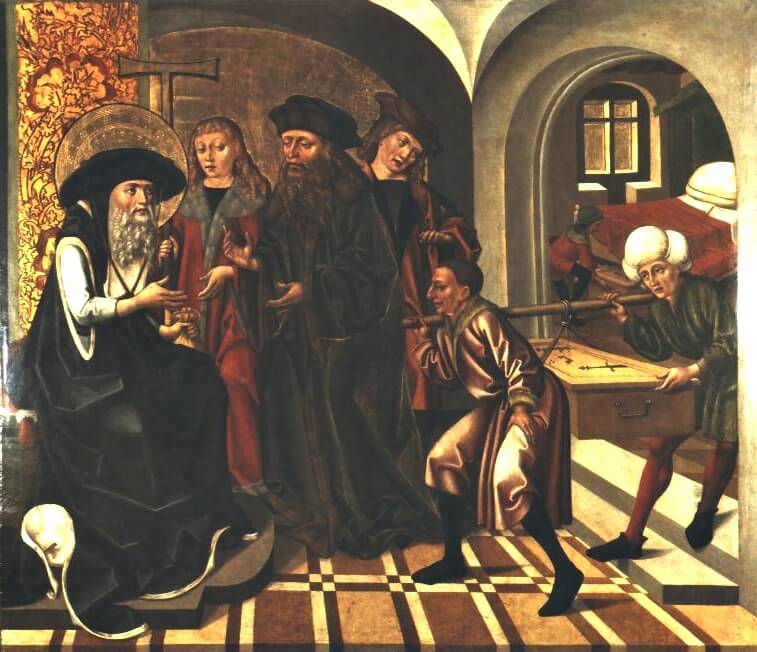 For Orthodox Christians, Advent starts on November 15. We’re almost there. Those of us on the New Calendar, anyway, will start Advent on Sunday. And today, as we prepare to begin our preparations for the Nativity of our Lord, the Church celebrates St. John the Almsgiver.

He’s celebrated in the West in January, after the Christmas holidays are over. And that’s not a bad time to be reminded of the necessity of almsgiving. In fact, there is no bad time. Our Holy Fathers had a great deal to say on the subject.

But by remembering St. John just before the beginning of Advent, the Church reminds us that our spiritual preparations are not limited to fasting and prayer. Almsgiving is critical.

When St. John became Patriarch of Alexandria, the very first thing he did was order his stewards to create a list of all of the poor of Alexandria. That list ended up having seven thousand men on it. St. John called those on this list his lords and masters. He revered them. He served them. He ordered that they be provided for every day out of the Church’s treasury.

St. John didn’t worry about anyone taking advantage of his almsgiving. As the Scriptures command, he gave to all who asked, without questioning their motives or their need. When his servants noticed that a particular beggar would receive alms, run away, change clothes, and come back for more alms, they tried to chase the beggar away. St. John stopped them, saying, “Perhaps he is Christ putting me to the test.”

Once, St. John’s nephew came to him, and told him he’d been wronged, and asked the Patriarch, his uncle, to help him avenge the wrong. St. John assured him that he would plan a revenge that would amaze everyone. He sought out information on the evil-doer, and learned that he lived in a house that belonged to the Church. He instructed that the man’s rent be forgiven for an entire year. Thus, his nephew learned that, as Christians, our only vengeance is to be merciful and to do good to those who wrong us.

May St. John teach us almsgiving and mercy!

By endurance you gained your reward, venerable Father;
you persevered in prayer unceasingly;
you loved the poor and provided for them in all things.
Blessed John the Merciful, intercede with Christ God that our souls may be saved.

You distributed your wealth to the poor
and in return obtained wealth from heaven, John the Merciful.
Therefore, we honor you and celebrate your memory, O namesake of mercy.

When names matter more than money: Sometimes, the greatest kindness you can do for a person is to call them by their name.

How to love strangers: Lessons in philoxenia: We’re called to be perfect, and being perfect is somehow tied to loving people who don’t love us, and who aren’t our friends. That seems an awfully difficult thing to do.

A table where strangers are welcome: It all started on the day that I found a leg in Mrs. Monagan’s closet. A human leg. Her husband’s leg.