How do you celebrate the Nativity of the Theotokos? 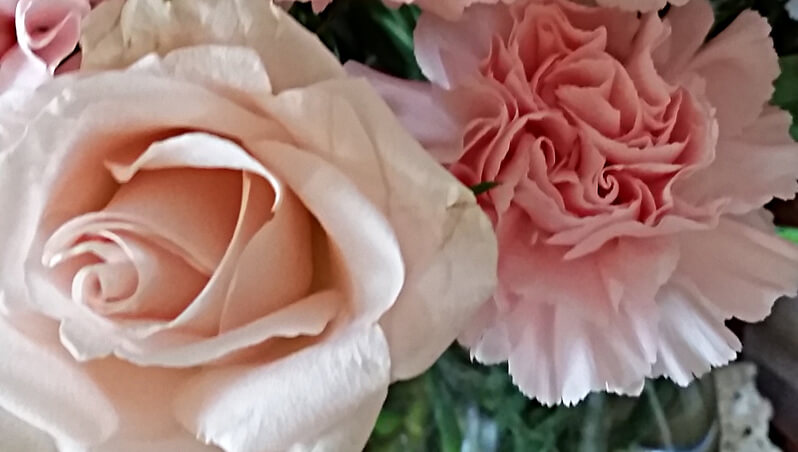 Are there things you do every year to celebrate the Nativity of the Theotokos?

Because I didn’t grow up celebrating the feasts, I’ve had to learn how to celebrate them. That was easy for Pascha. Celebrating with my friends at church, I learned how to dye eggs red. I packed Pascha baskets full of foods for the feast. I went to church in the middle of the night for the Pascha liturgy, and I stayed to celebrate until the sun came up.

But for tomorrow’s feast, for the feast of the Nativity of the Theotokos, it’s not so easy. It seems like it should be. It’s the birthday of our Mother, after all. Because when Jesus, on the Cross, said to John, “Behold, your mother,” he was saying that to us as well.

And who doesn’t remember their mother on her birthday? I thought that, throughout the world, in every time and land where people called her blessed, there would be joyous celebrations of her Nativity. But there really aren’t many old traditions around the Nativity of the Theotokos.

Fortunately, the ones that exist are eminently adaptable and adoptable. And besides the old customs, there are new customs that may, someday, be old customs.

Old traditions for the Nativity of the Theotokos

The first and oldest and most traditional thing to do for the celebration is, of course, to attend the Divine Liturgy. Most of us can’t do that most years, because most of us don’t have schedules that allow us to go to Liturgy on weekday mornings. But this year, the Feast is on a Saturday. That makes it so much easier!

In parts of India, the feast is celebrated with meals that include newly harvested grain, beans, and vegetables. And people throw flowers at statues of the infant Theotokos!

The feast is the beginning of fall planting time in parts of central and eastern Europe.

New traditions for the Nativity of the Theotokos

Because blue is the liturgical color associated with Mary, some American Catholics have adopted the practice of eating blueberries for the feast, in muffins and cobblers and pancakes and pies. And many Catholic and Orthodox families bake a birthday cake for the Theotokos.

Sarah Wright, who blogs at Orthodox Motherhood, likes the idea of birthday cakes for the feast. She also suggests birdwatching! She explains that, in the old stories, Saint Anna was walking in her garden she saw a mother bird caring for her babies. That sight filled her with longing for a child of her own. In her sorrow and longing, she prayed for a child, and that prayer was answered, of course, with the Theotokos.

Even though I’ve been Orthodox for 30 years, I’ve never had any particular customs for this particular feast. But I think it’s time to change that. It’s time to build new traditions.

As much as I love the idea of having blueberry pie with dinner for the feast, I won’t, because my husband hates blueberries. But we can have a special meal that includes fresh grapes, I think, and wine for sure.

I will have fresh flowers in our icon corner, just like I do during Pascha.

I think we can also make the Nativity of the Theotokos the day we stock up on bird seeds and get our bird feeders cleaned and prepped for the winter season.

And while I don’t have herds providing milk and cheese, we can mark the day with almsgiving.

What about you? Do you have customs that you’ve always kept on this festal day? Are there some you want to adopt?

Troparion for the Nativity of the Mother of God

Thy Nativity, O Mother of God, has brought joy to all the world;
For from thee arose the Sun of Righteousness, Christ our God,
Who, having dissolved the curse, has given His blessing, and having abolished death,
Has granted us eternal life.

The Story of Mary the Mother of God: A Review: This lovely picture book includes the story of the birth of Mary from the Protoevangelium of James. It’s perfect to read with your children on the Nativity of the Theotokos!

St. Brigid’s Cloak and Blueberry Jam: Find out why blueberry jam is a tradition for St. Brigid’s day.

One Thing You Must Not Do on Ascension: There are so many cool customs about things to do on Ascension. But the coolest customs are the ones about what NOT to do!