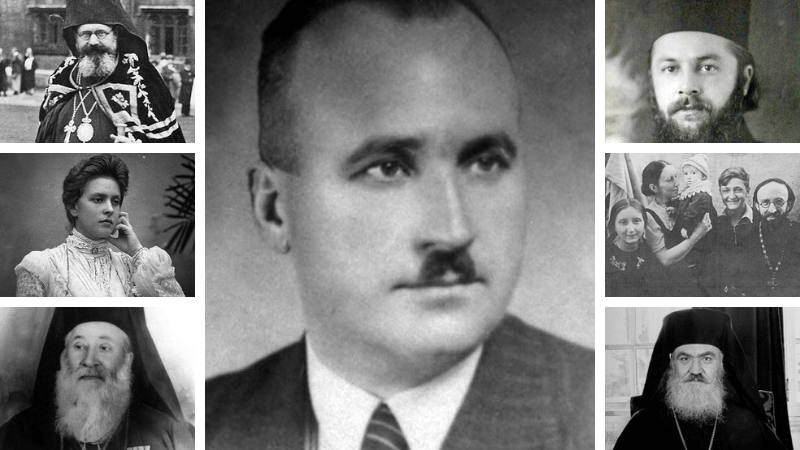 Orthodox Christians treasure the stories of our saints. The Holy Scriptures, the Creeds, our prayers and our hymns, tell us what we believe. The lives of the saints tell us how we should live. We look to them to guide us and to show us by their examples the Christian response to the events in our lives and in our world.

It is in the sharing of their stories, and in the veneration that they receive from Orthodox people, that the Church recognizes their sanctity. And so I am sharing stories of some of the Orthodox saints of World War II here. I’ll share more stories in the coming weeks. They take time to research, and time and tears to write. Pray for me. And pray that their stories, and their examples, will bear the fruit of philoxenia in abundance.

Archbishop Damaskinos of Athens and All Greece 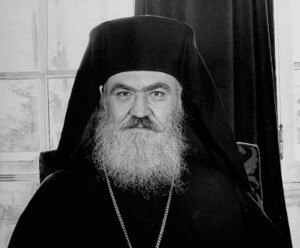 When the Nazis occupied Greece, they began deporting Jews from Thessaloniki. The Archbishop of Athens and All Greece, Damaskinos Papandreou, was ill at the time, but he nevertheless received a visit from a group of Jewish leaders. When these leaders told him what the Nazis were doing, Archbishop Damaskinos began working to stop the deportations and protect the Jews. And he didn’t work alone. He got leaders from academic institutions, commercial and industrial organizations, and from the arts and scientists to join in signing a letter demanding that the German government cancel the deportation orders.

The demand was rejected. But Archbishop Damaskinos didn’t stop. He ordered the monasteries and convents in Greece to hide Jews inside their walls. He instructed his priests to provide baptismal certificates for any Jew who asked for one, and to encourage members of their parishes to hide Jews in their homes. He asked Angelos Evert, the head of the Athens police force, to issue identity cards with Greek names to Jewish people.

And when the Nazi leaders threatened to execute Archbishop Damaskinos by firing squad for his efforts, he said, “According to the traditions of the Greek Orthodox Church, our prelates are hanged, not shot. Please respect our traditions!” 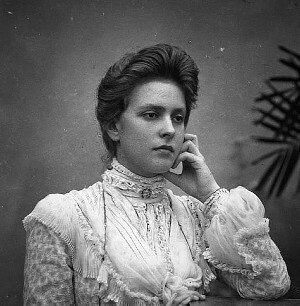 There were others in Athens who were hiding Jews from the Nazis. Princess Andrew of Greece and Denmark was one. Her name was Alice, but according to the custom of the times, she was called Princess Andrew. Although she was a princess, her life hadn’t been easy. She’d had a breakdown that was diagnosed as schizophrenia, and she was deaf. Perhaps it was because she understood suffering in this way, when she was asked to hide a Jewish family, she did.

She was quiet in her support for the Jews in Greece, perhaps because being quiet made it easier for her to hide Jews in her home. Between that, and the fact that she had a relative in the SS, the Germans generally thought she was pro-Nazi. But she had her limits. When a German general asked if there was anything he could do for her, she said there was: “You can get your troops out of my country.” 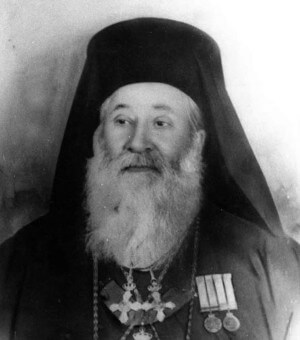 Outside of Athens, Bishop Chrysostomos of Zakynthos chose to follow the example of Archbishop Damaskinos. There were 275 Jewish people on the island of Zakynthos. When German authorities ordered the mayor, Loukas Yiorgios Karrer, to provide them with a list of all of the Jews on the island, Karrer went to his bishop. Bishop Chrysostomos told him to burn the list. Then he went to the German commander and tried to talk him out of deporting the Jews. The commander could not be dissuaded. He insisted on having a list of names of Jews to deport. Bishop Chrysostomos wrote his own name on a piece of paper and handed it to the commander, saying, “Here is the list of Jews you required.”

But Bishop Chrysostomos and Karrer knew that the lack of a list would not stop the Germans. He arranged for all of the Jews on the island to go into hiding in rural villages and farms. He promised them that their Christian neighbors would provide food and shelter as long as they were in danger. And he made good on that promise. The Jewish people of Zakynthos all survived the war. 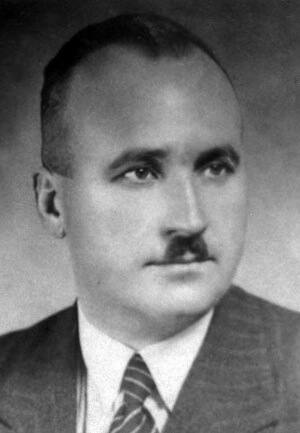 Although the people of Bulgaria were largely sympathetic to the plight of the Jews, Tsar Boris III and the members of the Bulgarian parliament were not. Bulgaria and Germany entered an alliance that gave Germany the support of Bulgaria, and gave Bulgaria the territories of Thrace and Macedonia. And when the Bulgarian parliament passed anti-Jewish laws that were replicas of German anti-Jewish laws, Dimitar Peshev, deputy speaker of the parliament, voiced no objection.

But in February 1943, the Bulgarian government signed an agreement to deport 20,000 Jews to the death camps in Poland. They would start with the Jews in Thrace and Macedonia, and if the number didn’t come to 20,000, they’d get the rest from Old Bulgaria.

Peshev first heard of the agreement on March 8. He decided that he had to stop the deportations. And by the end of the day on March 9, he thought he had. The minister of internal affairs ordered them to stop. But that order wasn’t received in Thrace and Macedonia, where nearly all the Jews were killed.

Peshev denounced the deportations from the floor in parliament. Because of his voice, protests broke out all over Bulgaria. 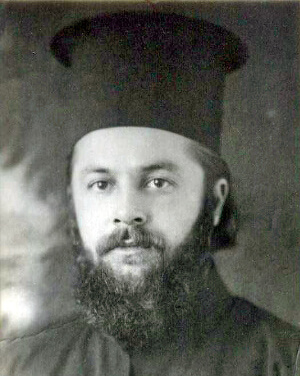 Metropolitan Kirill, bishop of Plovdiv led what may have been the first major protest that followed Peshev’s denunciations. On March 10, the Nazis loaded boxcars with many thousands of Jewish people, including 1,500 from Metropolitan Kirill’s own city, Plovdiv.

Metropolitan Kirill led 300 church members to the station where the Jews were being held. There were SS officers guarding the area, but Metropolitan Kirill regarded his authority as higher than theirs. He pushed his way through the guards, shouting the words from the Book of Ruth: “Wherever you go, I will go! Wherever you lodge, I will lodge. Your people will be my people, and your God, my God!”

As he opened the box car and attempted to climb in, the SS guards stopped him. So Metropolitan Kirill, accompanied by his deacon, walked to the front of the train, declaring he would lie down on the tracks if the train started to move. His deacon made the same vow with him. The trains did not move.

Metropolitan Stefan I of Bulgaria 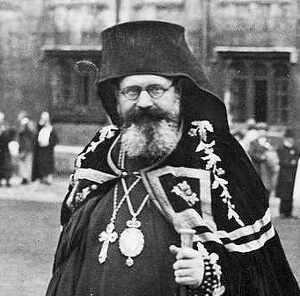 In his protests, Metropolitan Kirill had the full support of Metropolitan Stefan I. As far as I have been able to learn, Metropolitan Stefan did not go physically to the protests. Rather, he used his words and his authority as Metropolitan of Sophia to oppose the Nazi regime. He fought against the anti-Semitic laws passed by the Bulgarian parliament. He condemned government leaders who supported the Nazi’s racist policies. When the deportations began, he said that his churches and monasteries would shelter Jews.

And he put pressure on the king. In one of his letters to Tsar Boris, he said, “Do not persecute, so that you, yourself, will not be persecuted. The measure you give will be the measure returned to you. I know, Boris, that God in heaven is keeping watch over your actions.”

When Tsar Boris died unexpectedly, the deportation attempts ended. The Jewish people of Bulgaria continued to suffer under anti-Semitic laws. Yet when World War II ended, Bulgaria’s Jewish population was larger, by some 2,000 people, than it had been at the beginning. Bulgaria was the only country where the Jewish population increased under Nazi rule. 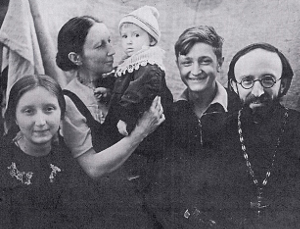 Father Aleksey Glagolev’s father taught Jewish Studies at the seminary in Kyev, and there were Jews in his extended family. His brother’s wife was Mariya Yegorycheva; Mariya’s brother’s wife was Izabella Mirkina, a Jewish woman. If he had done nothing else, the fact that his family loved Jewish people was enough to make the Nazi authorities suspicious of him. But there was more. According to journalist Sergei Kokurin, “He was the only priest in Kyev that refused in April 1942 to hold a church service to celebrate Hitler’s birthday.”

Mariya was hiding Izabella in her home, but that had become too dangerous. She asked Father Aleksey and his wife Tatyana to help. Tatyana took her identity card and put Izabella’s picture on it. Then she gave Izabella the altered ID and her baptismal certificate, and sent her to stay in a rural village with some people she knew. Izabella was safe for a time, but Tatyana was in terrible danger. When the Gestapo demanded to see her papers, she had nothing. Somehow, other people persuaded the Gestapo agents that she was who she said she was, and they left her alone.

Eventually, Nazi authorities became suspicious of Izabella, and she fled back to Kyiv. The Glagolev’s took her and her daughter into their home. “What kind of Christians would we be,” Father Aleksey said, “if we refused this poor woman, who was reaching out to us and pleading for help?”

Father Aleksey and Tatyana hid other Jews as well, providing false baptismal certificates and finding them places to live. Their teenaged children, Nicolay and and Magdalina, helped in every way possible. They did this, knowing that the penalty if they were caught was death.

How to love strangers: Lessons in philoxenia: Philoxenia, the love of strangers, can be difficult. But that doesn’t make it optional. It just means we have to work at it.

Silent as a Stone: Mother Maria of Paris and the Trash Can Rescue: This lovely picture book by Jim Forest shares one story from the life of Mother Maria. It includes information about her life at the end of the book.

Passage to Freedom: The Sugihara Story: Chiune Sugihara is already venerated by many Orthodox Christians for his humility and heroism during World War II. His commitment to using whatever powers he had to save others comes through in this story.