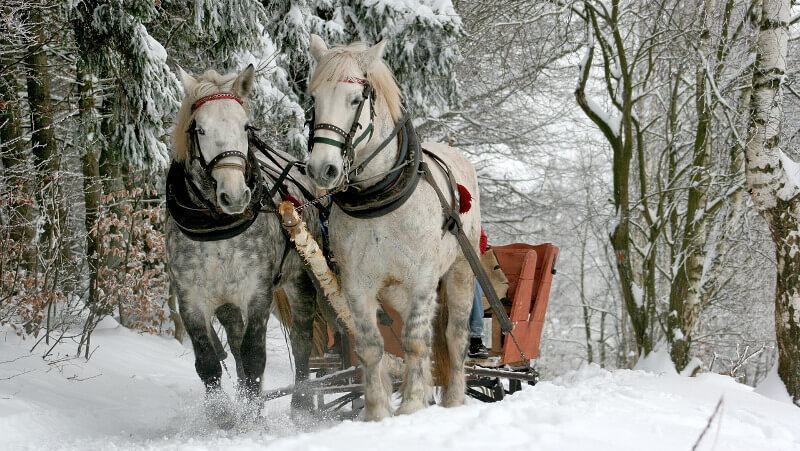 Tomorrow is St. Stephen’s Day! At least, it’s tomorrow for us Orthodox folks. Other folks are keeping it today, and that’s okay. In the early Church, it was considered fitting that, on the second day of Christmas, we would celebrate the memory of the first martyr. And it is, indeed, fitting to do so.

Why don’t we all celebrate St. Stephen on the same day?

In the Orthodox world, we like our feast days. And in the fifth and sixth centuries, we started extending our feast days by creating a special minor feast for the day after a major feast. The “day after” feast, called a synaxis, celebrated people who were important in the major feast. So, for example, the day after the Annunciation is the synaxis of Gabriel. (He also gets a second synaxis in the summer, but that’s another story for another day.)

And, on the day following the Nativity of our Lord, the second day of Christmas (that’s today), we celebrate the Synaxis of the Theotokos.

It’s likely that, for a time, the feast of St. Stephen and the Synaxis of the Theotokos were celebrated together. But you know what happens when a saint is commemorated on a day dedicated to someone more important – the lesser saint disappears. So, somewhere around the seventh century, the church decided to move St. Stephen’s Day to the third day of Christmas. Which is tomorrow.

Which means that, if you haven’t made plans already, you still have time to decide how to celebrate it!

This one’s easy. When you say your prayers today, add the prayers to St. Stephen to your morning or evening prayers. (You can tell that the kontakion was written before St. Stephen’s Day was moved.)

For the struggles you endured for Christ God, a royal diadem crowns your head, O First Champion of Martyrs. For you refuted the folly of the Jews and beheld your Savior on the right of the Father. Ever beseech Him, therefore, for our souls.

2. Use up your leftovers

In Catalonia, it’s customary to use the leftover meat from Christmas dinner to fill cannelloni for dinner on St. Stephen’s Day. That wouldn’t work at our house. We have ham for Christmas dinner, and save the bone and scraps for black-eyed peas on New Year’s Day. But it might work for you.

Why footprints? In remembrance of Good King Wenceslas, of course. You know the words:

Good King Wenceslas looked out on the Feast of Stephen,
When the snow lay round about, deep and crisp and even.
Brightly shone the moon that night, though the frost was cruel,
When a poor man came in sight, gath’ring winter fuel.

“Hither, page, and stand by me, if you know it, telling,
Yonder peasant, who is he? Where and what his dwelling?”
“Sire, he lives a good league hence, underneath the mountain,
Right against the forest fence, by Saint Agnes’ fountain.”

“Bring me food and bring me wine, bring me pine logs hither,
You and I will see him dine, when we bear them thither.”
Page and monarch, forth they went, forth they went together,
Through the cold wind’s wild lament and the bitter weather.

“Sire, the night is darker now, and the wind blows stronger,
Fails my heart, I know not how; I can go no longer.”
“Mark my footsteps, my good page, tread now in them boldly,
You shall find the winter’s rage freeze your blood less coldly.”

In his master’s steps he trod, where the snow lay dinted;
Heat was in the very sod which the saint had printed.
Therefore, Christian men, be sure, while God’s gifts possessing,
You who now will bless the poor shall yourselves find blessing.

The holy saint’s footprints were enough to warm his page. So use my sugar cookie recipe and make footprint cookies! (The idea comes from the blog Catholic Cuisine.) And make sure you listen to Good King Wenceslas while you’re baking. Or, better yet, sing it!

On St. Stephen’s Day, King Wenceslas and his page weren’t out in the snow to catch snowflakes. They were taking alms to a poor family. Set aside some time on St. Stephen’s Day to decide how you want to bless the poor.

If you collected food during Advent, St. Stephen’s Day would be a perfect day to deliver it to your local food bank. If you can’t do that, there are loads of other things you could do: Pick up two or three second-hand coats at a thrift store, and deliver them to a homeless shelter. Buy pet food for a local animal shelter. Send a check to FOCUS or another charity that serves the poor. The important thing is that you pick one, and do it!

In Ireland, some people believed that a wren betrayed St. Stephen to the people who killed him. So, on St. Stephen’s Day, young men and boys captured or killed a wren. If they couldn’t catch a wren, they’d use a fake bird. Then they dressed up in old clothes, and took the wren around from house to house with music and dancing and song. The people they visited gave them food or drink or money.

The wren boys might use the money to go to the pub for more drinks later. Or they might give it to a charity to serve the poor.

Even in Ireland, people don’t catch wrens any more. But it wouldn’t be hard to adapt this tradition. It would, perhaps, be a good day to fill the bird feeders, make a bird house, or go birdwatching.

In Finland, in times past, St. Stephen’s Day was a day for sleigh rides. St. Stephen is, after all, the patron saint of horses. And in Finland, there was always plenty of snow, and sleighs, and horses.

I don’t have any of those things, so I won’t be going on a sleigh ride on St. Stephen’s Day. And maybe sleigh rides won’t work for you, either. But what about a carousel? There’s a carousel at West Lake Park in Seattle, and one in Missoula, Montana (which my husband and I rode on our honeymoon trip), and one at the Children’s Museum in Memphis. Maybe there’s one near you. A carousel ride could become a wonderful St. Stephen’s Day tradition.