The Mystery of Our Holy Mother Anastasia 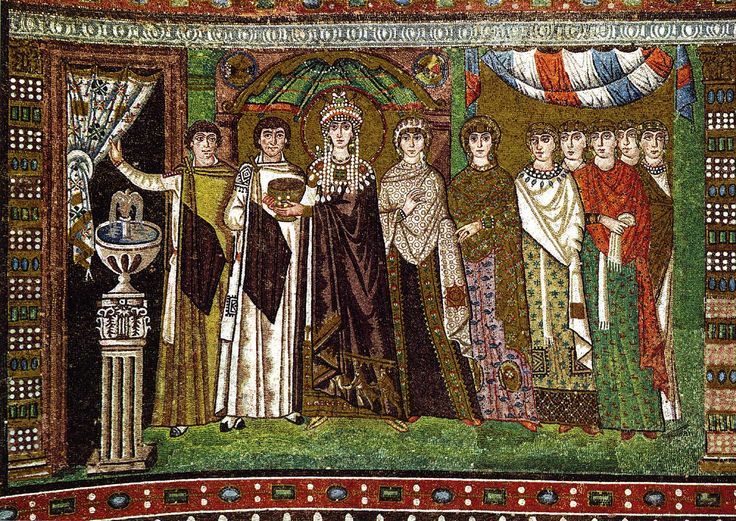 When I learned that our Holy Mother Anastasia was a lady-in-waiting for the Empress Theodora, I knew I had to write her story! I adore St. Theodora (Theodora, the wife of St. Justinian the Great, I mean, not Theodora, the restorer of icons). Learning more about anyone associated with her would be a joy.

But I can’t seem to find out much about her. There’s her name, of course. And the year she died (563). That’s more than we know about, say, the Uncondemning Monk.

She was a noblewoman, but that almost goes without saying. Ladies-in-waiting for queens and empresses are expected to be of noble birth. But when you’re talking about the Empress Theodora, maybe you have to expect that things won’t always be as expected. She was a friend to actresses and other low-born women, having been one herself. So maybe, given that Anastasia was Theodora’s lady-in-waiting, maybe it really does need to be said.

We learn also, in the Prologue of Ochrid, that our Holy Mother Anastasia was married. We don’t know her husband’s name, and we don’t know if she had children.

Her own name was incredibly common. Our Anastasia even shared the name with the Empress’s younger sister. We don’t know if Theodora’s sister was married, and we don’t know if she had children, either. She may have been the mother of Theodora’s niece, Sophia. But Sophia’s mom could have been Theodora’s older sister, Comito. Historical records don’t make such things clear.

One thing we do know is that when our Holy Mother Anastasia’s husband died, Anastasia was afraid. She was afraid of the Empress whom she served.

And yet our Holy Mother Anastasia was afraid. She was in so much fear that she ran away from the court, to the Egyptian desert. And even then, she didn’t feel safe. She was afraid people from the imperial court would look for her and find her and take her back to Constantinople.

Abba Daniel, a famous spiritual guide, tonsured our Holy Mother Anastasia as a monastic. At her request, he told a local men’s monastery that she was a eunuch, and she took up residence there as the monk Anastasius.

Before she died, Abba Daniel said he’d seen her face shining like the sun.

And that’s all we know about her. Or, rather, it’s all I could learn. It’s just enough that I’m sure there’s an amazing story there.

Perhaps our Holy Mother Anastasia was St. Theodora’s sister. Perhaps she is one of the women next to St. Theodora in the famous icon at Ravenna.

There’s just no way to know.

Justinian and Theodora: A Love Story: You don’t expect to read about a love match in the sixth century. But Theodora was never one to do what was expected.

The Lord’s Wise Handmaiden: St. Melania the Younger didn’t want a husband, and she didn’t want a fortune, but she had both. She just had to figure out what to do with them.