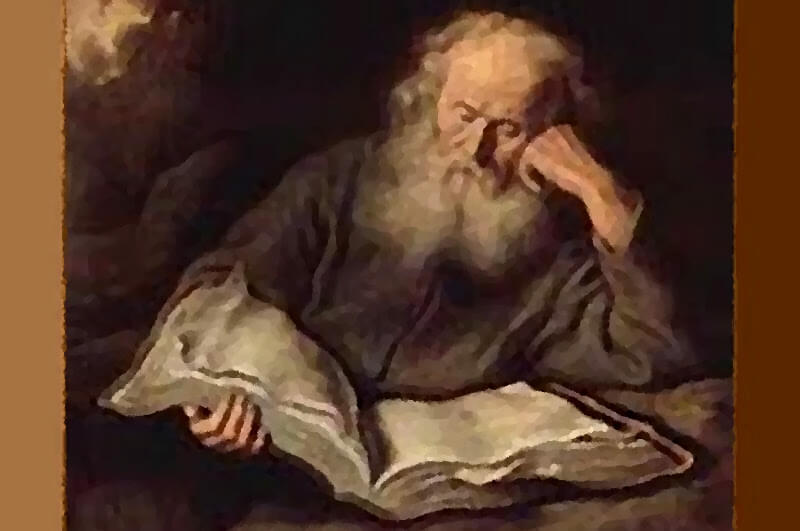 As a young man, the Venerable Vitalis of Gaza became a monk at the Monastery of St. Seridus in Gaza. When he was 60 years old, he left Gaza and went to Alexandria. There, he did two things. First, he began working as a day laborer. That gave him a steady stream of cash. And, second, he made a list of the names and locations of every prostitute who worked in Alexandria.

Every day, he would take his wages and divide it. One tenth of it he kept for his own needs. The rest, he took to a prostitute.

He would hire her for the night. And when they went to her chamber, he would first tell her that she did not deserve to be used as an object of lust by any man. He would teach her about her value and her dignity as a woman. And then he would ask her to spend the night praying for him.

When she finally fell asleep, he’d stay awake the rest of the night, praying and reading Psalms. The next morning, he would ask her to tell no one anything about the night they had spent together. Then he would slip quietly away.

Over time, many prostitutes that had received a visit from Vitalis changed their lives. Some went to monasteries. Some found other work. Others got married. But even as they changed, he continued to expect them to keep their promise to him.

As much as St. Vitalis tried to keep his work secret, people saw him going night after night to visit prostitutes. The good people of Alexandria were scandalized by this man who had been, and maybe still was, a monk of some sort, and who was spending all his earnings on harlots. They accused him of immorality. They berated him. His only response was that they should not judge others. That response didn’t satisfy his accusers, so they complained to the patriarch, St. John the Almsgiver, about the immoral monk.

Patriarch John answered that, at the First Ecumenical Council, many accusations were made by and about the bishops who attended, about what they did or didn’t do during the time of persecution. St. Constantine the Great received the letters of accusation and burned them unread. And that was the end of it, as far as the Patriarch was concerned.

The Death of St. Vitalis

That wasn’t the end of it for those who were horrified by St. Vitalis’s visits with prostitutes. One day, a man hit the venerable Vitalis upside the head, shouting at him that he was a disgrace to the Name of Christ. Vitalis responded, saying, “Believe me, that after me, humble man that I be, you shall receive such a blow on the cheek that will have all Alexandria thronging to your cry.”

And then Vitalis made his way back to his cell, where he wrote a brief message on a tablet, then knelt before his icons to pray as he died from his injuries.

At the moment of Vitalis’s death, a demon appeared to the man who had hit him. The demon hit the man, saying “Here is a blow from Vitalis.” The young man fell to the ground, where he thrashed and screamed and tore his clothes. A crowd gathered around him, as Vitalis had foretold.

Many hours later, the frenzy passed, and the young man ran to Vitalis’s cell. He told those who followed him about what had happened between him and Vitalis. And he knocked at Vitalis’s door, crying out for mercy.

But there was no response.

Some of the people in the crowd helped the man break down the door. They found Vitalis on his knees, dead. Nearby was a tablet on which the Venerable Vitalis had written, “People of Alexandria, judge not before the time, before the coming of the Day of the Lord, the Righteous Judge, who will bring to light the hidden things of darkness, and will make manifest the counsels of the heart.”

When word got out that the monk Vitalis was dead, the women he had prayed with considered themselves freed from their promises. They came and told everyone of his kindness and mercy.

The Patriarch himself led the funeral procession, and the Venerable Vitalis was buried in Alexandria with great honor, in the year 625.

Kontakion for the Venerable Vitalis

Divinely arming thyself with purity of soul
and unceasing prayer,
which in a manly manner thou didst take up like a spear,
and with which thou, O our Father Vitalis, didst slay the legions of the demons;
do thou ever make supplications on behalf of us who honour thee.

Review: Dorotheos of Gaza: Discourses and Sayings: Abba Dorotheos of Gaza was a 6th century monk whose teachings echo through the centuries, influencing writers like John Donne and C.S. Lewis.

St. Maria, the Niece of Abramius the Recluse: When Maria ran away to a brothel, her uncle disguised himself as a soldier and went to find her.