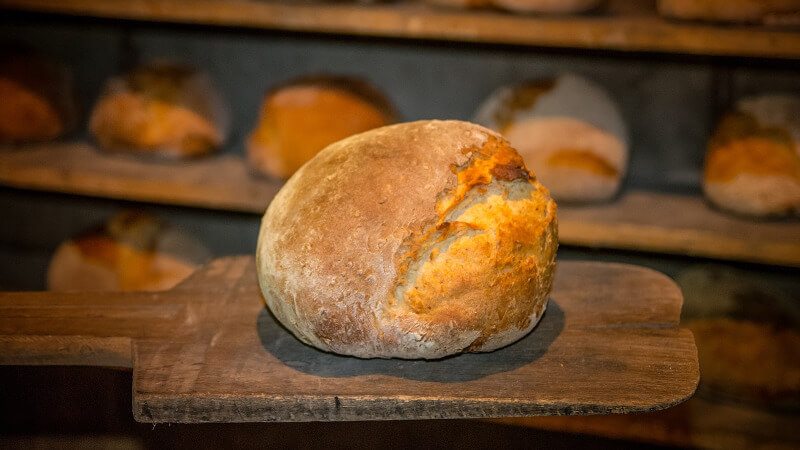 To understand the story of St. Peter the Tax Collector, you have to understand something about tax collectors in the Roman Empire. They were not book-keepers and accountants. They were mobsters.

It worked like this. A village was assessed a certain amount in taxes. The tax collector got a contract to collect that much from the village and hand it over to the imperial treasury. If he collected less than that, he had to make it up out of his own pocket. If he collected more, he could keep the difference.

Peter was from Constantinople, during the time of St. Justinian the Great. Justinian was known for his piety, for the brilliance of his generals, and for the efficiency of his tax collectors. (And, of course, for his wife and co-ruler Theodora, but that’s a different story.) Peter landed one of the contracts for tax collection, in the provice of Africa.

Collecting taxes suited Peter well. He was a harsh man. He cared nothing for anyone except himself. Today, we might have called him a narcissist or a sociopath. Then, he was called “The Miser.”

The Miser never gave alms. Never. If a poor man should dare to come to his door, he would drive them away. It wasn’t that he couldn’t afford to give alms, of course. He could. He just didn’t see any reason to give anyone anything that was his.

One day, a group of beggars were talking, and one of them made a bet with the rest. He bet that he could get alms from the Miser. The others took him up on it. It seemed a safe enough bet.

And the beggar took himself to the Miser’s home. He went to the door and asked for alms. The Miser’s servants refused him. Of course they did. They knew what would happen if they gave some of their master’s goods away. They told the beggar to leave. He refused. He said he’d wait for their master.

So he waited. And when Peter the tax collector got home, he was annoyed to see a beggar waiting by his door. He looked for a rock to throw at him, to drive him away. There wasn’t one handy, but a servant was there, carrying bread from the bakery to the house. So the Miser grabbed a loaf and hurled it at the beggar.

The beggar took the bread and ran away with the alms he had received from The Miser’s hand.

Two days later, Peter fell seriously ill. In his fever, he had a vision, or a dream. He saw himself standing before the Judge of All. There was a scale in front of him. Demons were loading one side of the scale with all his evil deeds. Angels were looking in vain for something, anything, to put on the other side of the scale.

One of them found the loaf that Peter hand thrown at the beggar. “We have this bread that he gave to Christ, just the day before yesterday” the angel said. “He didn’t want to give it, but he did.” When the angel reached up and put the loaf on the scale, it balanced all the evil.

When Peter awoke, his fever was gone. He was no longer sick. And he wondered at the dream he had had. “If one loaf that I threw at a beggar in anger had such power, what would happen if I gave everything to the poor?”

Some time later, Peter met a man who had lost everything in a shipwreck. The man asked him for something to wear. Peter immediately took off his cloak and handed it to the man.

The cloak was beautiful and expensive. And the man needed plain, ordinary, basic stuff more than he needed a gorgous cloak, so he took Peter’s cloak to the market and sold it. He didn’t know or care what happened to the cloak. But the cloak somehow found its way back to Peter’s house before Peter did.

When Peter got home and saw his cloak hanging in its place, he might have remembered what Solomon said about casting your bread upon the waters. He might have seen the return of his cloak as a reward for doing good. But he didn’t. He was heartbroken. He couldn’t even eat.

And when he slept that night, he had another dream. He saw a man, or what seemed to be a man. The man was shining like the sun. He had a cross on his head. And he was wearing Peter’s cloak.

“Why are you crying?” the man asked.

“I am crying because I am not worthy for a poor man to keep something to remember me by,” Peter replied.

“Do you not see this cloak?” the man said. “I have been wearing it since you gave it to me. And I have come to thank you for your kindness, because I was freezing from the cold when you gave it to me. Your gift has kept me warm.”

When he woke from this dream, Peter decided that giving alms to the poor wasn’t enough. He wanted to be one of them.

As fast as he could, he gave away everything he had. And he had a lot. And when he had distributed everything he owned to the poor, he told one of his servants to go with him secretly to Jerusalem. There, he wanted the servant to sell him to a Christian stranger, and distribute the proceeds to the poor.

The servant tried to refuse, but it was of no use. Peter had not forgotten everything he had known as a tax collector. He knew what threats to use to get what he wanted. His servant sold him for thirty pieces of gold, and gave the gold to the poor.

The emperor and his colleagues were distressed at the disappearance of their tax collector. Peter might have been distressed as well, because of the way he was treated by his master and his fellow slaves. But the Lord Jesus appeared to him regularly, as he had done in the second dream. When Peter saw how the Lord had received the gifts he had given to the poor, he was content.

Some of Peter’s friends from Constantinople went to Jerusalem, to visit the holy places. And while they were there, Peter’s master invited them to dinner.

As they ate, they noticed that one of the servants looked like their old friend Peter. They began to whisper to each other. Finally, one of them said, “I’m sure it’s him! I’m going to get him and hold him, and find out what has happened to bring him here.”

But Peter realized what was going on, and ran to the door. The doorkeeper could neither hear nor speak, but Peter spoke, and told him to open the door.

And when Peter spoke, it seemed to the doorkeeper that a fire came out of his mouth, and touched his ears and his mouth, and he could both hear and speak. He opened the door for Peter. And then he ran into the house, and to the surprise of all, he spoke, telling everyone what had happened.

Then everyone went out to look for Peter, but they didn’t find him. Some said he returned to his home in Constantinople. But nothing more was ever heard from him again.

The Lord’s Wise Handmaiden: St. Melania decided to give away all that she had. But that proved harder to do than she ever could have imagined.

When Jesus was the guest of Zacchaeus the Publican: Zacchaeus was a publican, a tax collector. He wasn’t a very nice person. That’s why the nice people weren’t happy when Jesus chose to go to his house for dinner.